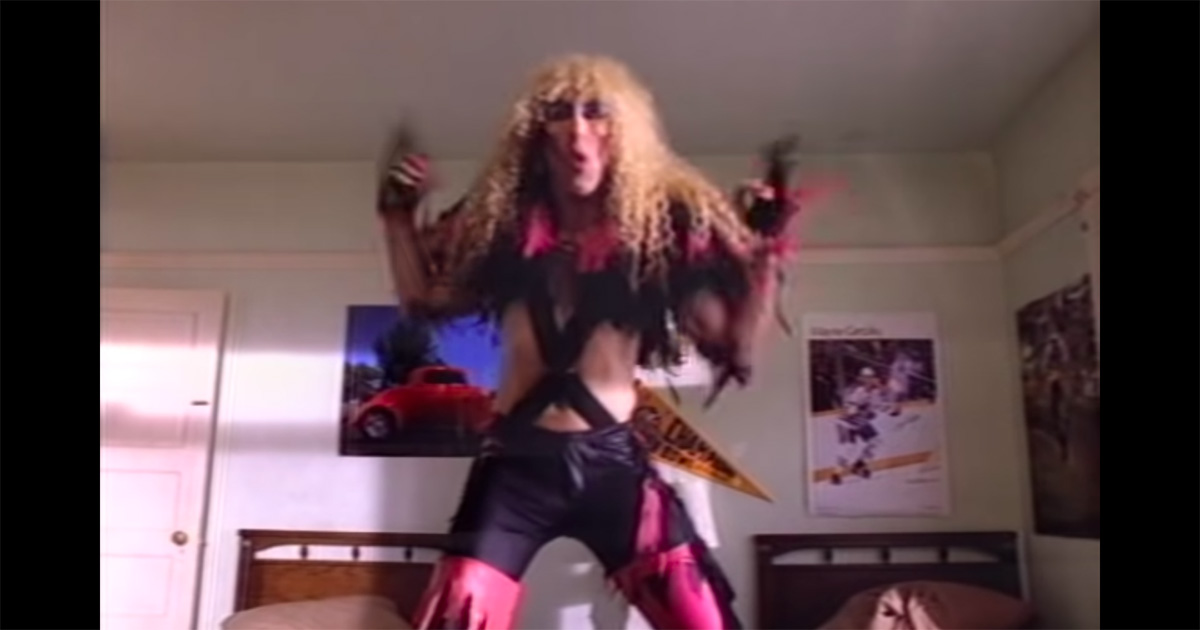 MILWAUKEE — A feral hair-metal band identifying itself as Twisted Sister broke into the home of and terrorized a local family yesterday, ultimately leaving the father stranded on the front lawn, according to police reports.

“We were having a nice quiet night at home, when all hell broke loose — not only was I locked out of my house, but I was forced to attempt a number of cartoonish stunts to get back in,” reported family patriarch Douglas Cee. “Admittedly, I’d relapsed into my toxic masculinity due to work stress and my family suffered for my behavior, but to be stranded on your own lawn while your children are watching is so traumatic, emasculating, and something I’ll have to discuss with my therapist.”

This type of incident is rather common, according to the MPD’s Anti-Metal Division.

“We’ve gotten lots of reports about the Sister mob: most hair-metal band invasions happen during a tense, silent dinner scene, involving one or more teenagers and an overbearing, militaristic, older male figure who hates rock music,” said Det. Armie Cooper. “It’s important citizens learn that the best way to hair-metal band-proof their homes is to accept that your children will listen to rock‘n’roll music and play guitar. It seems that the more you fight against it, the stronger they become.”

While a hair-metal band invasion can be a nuisance, rarely does it turn deadly.

“Look, man, if the best white, suburban America can do is offer more of the same, then we’re not gonna take it!” declared ringleader Dee Snider from the back of a police van. “It ain’t the 50s anymore, man — we don’t recognize the authority or the power of The Man! We don’t want nothin’, not a thing from you! And these handcuffs are too tight, man.”

Twisted Sister has since reportedly escaped police custody and fled, presumably plotting their next attempt to terrorize and liberate an American family.