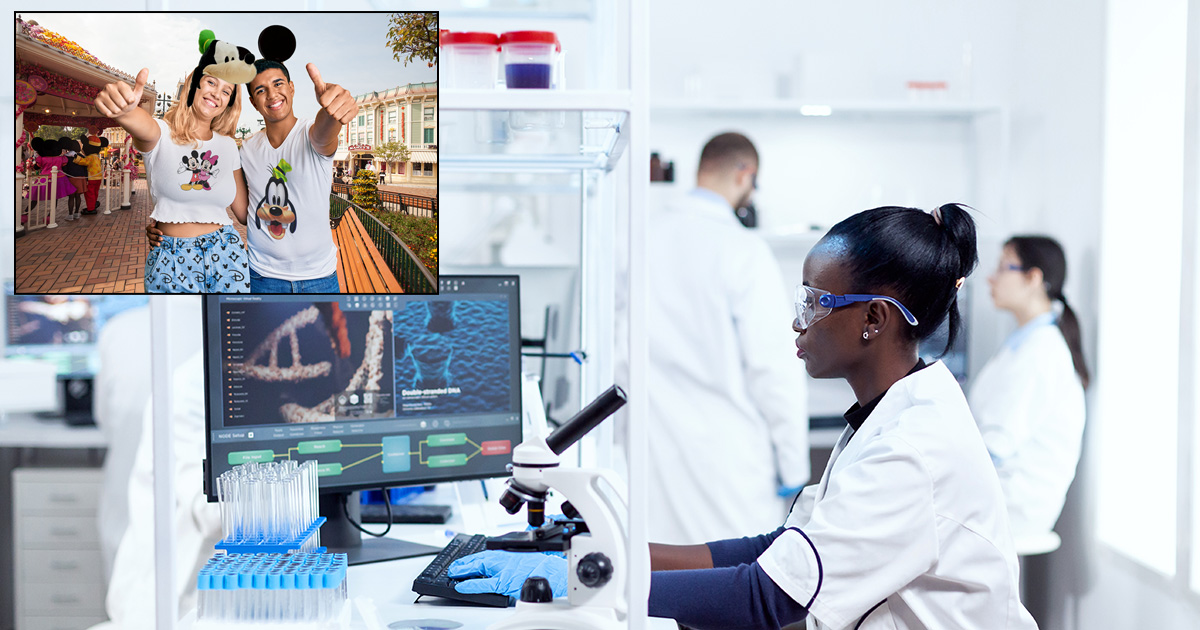 IOWA CITY, Iowa — Researchers at the Iowa Center for Gene Therapy announced that they may have developed a way for parents to prevent their socially damaging Disney Adult genes to be passed on to their children.

“As someone who has lost two close friends to ‘Disney Adulthood,’ I feel like this is my life’s mission and we are on the cusp of something big,” stated lead gene researcher Dr. Rebecca Plint. “To be honest, I didn’t know that such a destructive personality development could be treated genetically. But we have two test subjects who received the treatment, and their newborn children show no signs of interest in Disney in any form, including the Star Wars and Marvel franchises.”

Currently afflicted Disney Adults are understandably relieved that possible solutions for their malady may soon exist.

“It makes me nauseous to think about all the time and money… dear God, the money… I’ve spent in the name of Disney,” admitted Oliver Malkin while stroking one of his 400 framed photos from Splash Mountain. “But I can’t stop. If I see a long weekend coming up in my work schedule, I blackout and wake up to Disney World reservation emails. I’ve spent so much of my life in line waiting for the Peter Pan ride only to get to the front and learn it’s down for repair. It’s not even a fun ride, yet I am powerless to resist. And yes, I’m fully aware of how evil Disney as a corporation is. I want a better life for my children!”

Even though most people agree that the nullification of Disney-based proclivities will produce a better life for the subjects, some debate the ethics of such a treatment.

“What we don’t know is what addictions or desires will replace the artificially removed Disney desire,” said philosopher Hans-Jurgen Schneider. “What I’m saying is a nerd is a nerd is a nerd. Just because they no longer spend most of their income in Anaheim doesn’t mean they’ll suddenly appreciate the works of more challenging art. The geeky base desire will transfer towards Harry Potter, or wrestling, or visiting national parks and documenting it on Instagram like people give a shit.”

Dr. Rebecca Plint’s research has reportedly hit a bit of a setback, as her coworkers and friends have begun clinical trials for a treatment that would stop her from being such an insufferable Criterion Channel snob.