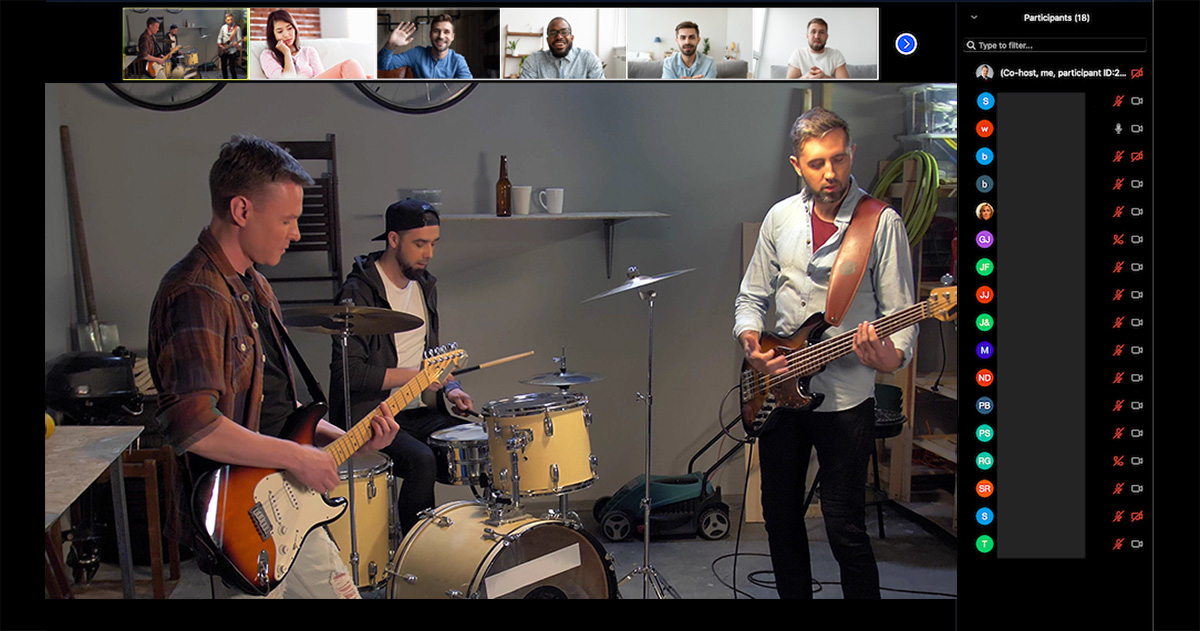 “All I wanted to do was have a PBR, smoke cigarettes on my couch, and listen to Wood Leg Work moan 15 ballads… and this dude just kept privately messaging me over the Zoom chat,” Mykels explained. “He wrote, ‘Hey that’s a really cool Grizzly Bear poster in ur room. Wanna see my dick? Ur totally hot holy shit,’ and when I didn’t respond, he hit me up again — this time saying his roommate sent the text, and now asking for ‘real time pics’ and to come over so he could show me his Grizzly Bear vinyl collection. I don’t think he realized he sent a few of the messages to everyone, and also don’t think he would care if he knew.”

Nelson’s screen at the time of the far-from-isolated incident revealed him sitting next to his mattress on the floor, along with roughly 27 empty water bottles and a skateboard missing its trucks.

“Umm, yeah, I messaged her. Are there any laws against a dude trying to shoot his shot?” Nelson stated. “Look, all I said to her was that I liked the poster in her room and I thought she was cute and totally my type, and that we should get together… before I sent a couple dick pics and pitched a few possible fun scenarios involving her and my dick. It’s a fucking compliment.”

“This is a known occurrence is common at in-person shows, where approximately five in four men will make unwanted advances toward women that result in some form of sexual harassment,” Dr. Wang explained, “but given the transition to virtual gigs, our latest data confirms that men are pretty much still unhinged when it comes to making women uncomfortable in every scenario possible. We’ve witnessed their seamless transition to creeping in virtual spaces like Zoom weddings, online lectures, and after 12-step meetings”

Nelson also instinctively berated the only other woman at the Zoom show after mistaking her for the bartender.