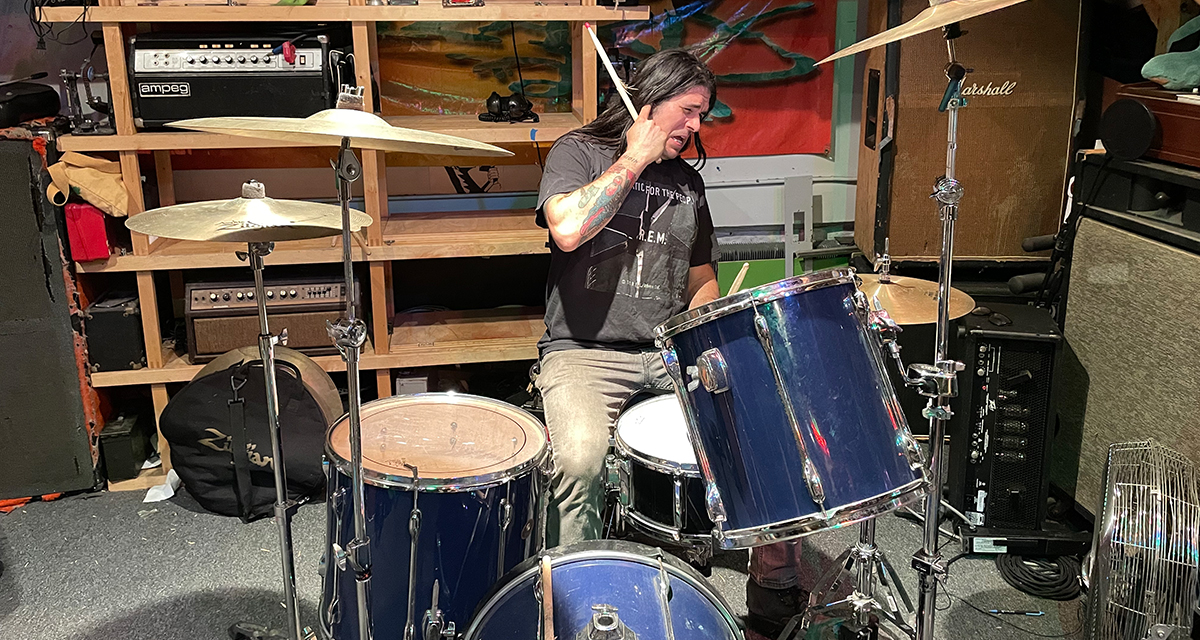 ALBANY, N.Y. – A severe drought of talented drummers within the local scene is forcing multiple bands to recruit novice percussionist Trevor Hogue despite his complete lack of ability or sense of time, confirmed multiple frustrated sources looking into drum machines.

“It’s awesome to be asked to be in so many bands,” Houge said as he clumsily warmed up on pads. “It can be overwhelming, I mean I just go my first kit a few months back and it seems like I get 10 messages a day asking me to play in a new band. But I’m getting decent feedback, the bassist in Portland Concrete said to me ‘You play fast man. Like wayyy too fast.’ He also said the intense, strained faces I make while I play don’t make it look like I’m shitting my pants and it isn’t distracting at all. Which is such a relief, because most of the time I’m holding my breath back there and I feel like I’m about to pass out.”

Todd Keller, Frontman for the band Atom Smasher, explained his band’s desperate need for a drummer.

“Trevor sucks complete shit,” said Keller. “But we’re left with literally no other options. I got a buddy that’s a solid ass drummer, but he lives all the way in Cleveland so having him be our drummer or even having him play our upcoming one-off benefit show just isn’t realistic. The one plus to having Trevor on drums is while no venue trusts him using their house kit, he has a nice big SUV so he’s always good about bringing his own. And he has a really nice jam space right next to a Taco Bell which rules.”

Dale Coretti, a drummer who formerly lived in Albany and was a member of 46 different bands at the same time, weighed in on the drumming scenario.

“I am so glad to be out of that shithole town,” Coretti stated. “The pressure just got to be too much. A few years back, I relocated to Brooklyn where I was only asked to be in two bands. I felt like I could breathe again, these new bandmates even asked for my input on four different occasions. But that Albany scene was rough and it doesn’t sound like it’s changed too much. Power to this sucky guy though, hopefully he comes to his senses and realizes he’s being taken advantage of and switches to guitar. That’s the only way to truly escape this living hell.”

At press time, it was rumored that the city’s only keyboard player was asked to be in a YES tribute band after being in Rush, Genesis, Asia, and Europe cover bands already.