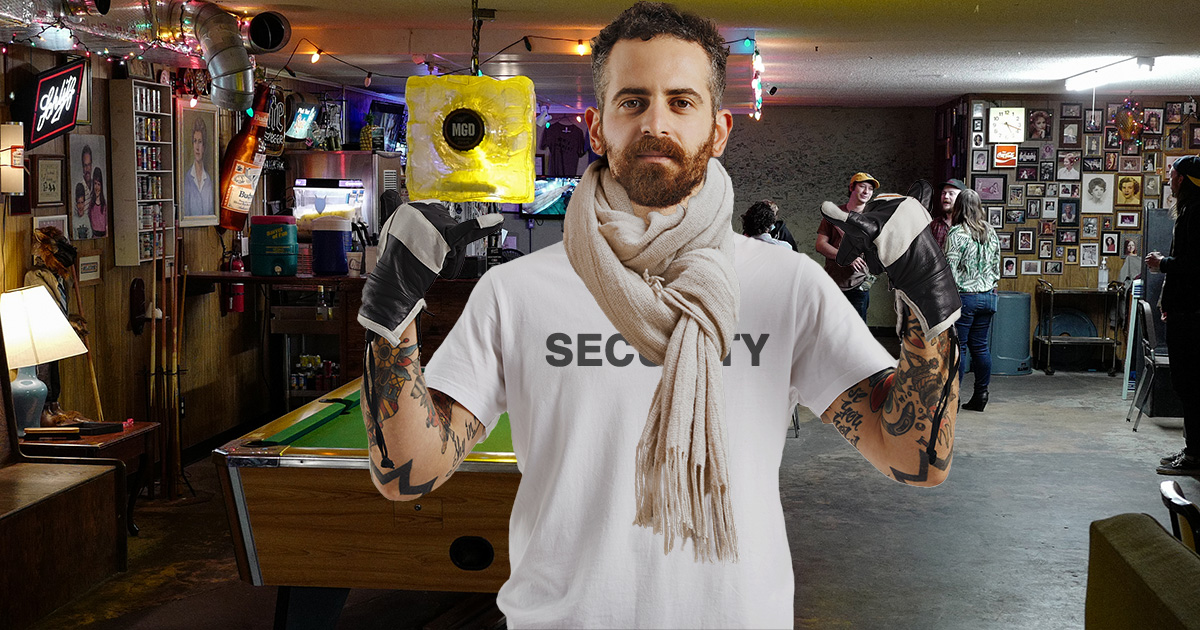 SAN FRANCISCO — Local bouncer Frank DeGarge confirmed today that he is forced to cover up any non-tattooed parts of his body before clocking in for his shift at crunchy punk pub Mel’s Dive.

“It’s a little frustrating that I can’t express myself, but at the same time, I get that I’m representing the business,” noted DeGarge while taping small strips of fabric to his body parts lacking art. “They just don’t want people to get the wrong idea: this is a slimy, grungy, rough n’ tumble establishment, and it’s important for the brand voice that all employees match that. If people see me outside exposing non-tattooed skin, they might think this is some yuppie bar where they can hang out after working at their ‘disruptive’ tech start up. This is one of the only bars left in town where every conversation isn’t about mother fucking algorithms.”

“It just makes me feel more comfortable,” noted Mel’s regular Angie Hall. “As someone who comes to Mel’s to listen to street punk, drink a few beers, and maybe threaten someone with a broken bottle, it makes me feel safer to be surrounded by someone completely covered in tattoos from head to toe. I don’t care if it’s perpetrating a social stigma: seeing even one square inch of un-etched skin is completely unprofessional.

Mel’s Dive owner and manager Mel Lubin believes the dress code is a vital part to the success of his establishment.

“If you want to flaunt your tacky, un-tattooed arms, go work at Goldman Sachs,” noted the longtime small business owner, who is almost completely covered in body art and follows his own policy by wearing sunglasses indoors to cover his non-tattooed pupils. “We have a stern culture here at Mel’s. In fact, I almost didn’t hire Frank once I saw that the upper area of his neck was completely bare. But hey, I’m trying to be more open.”