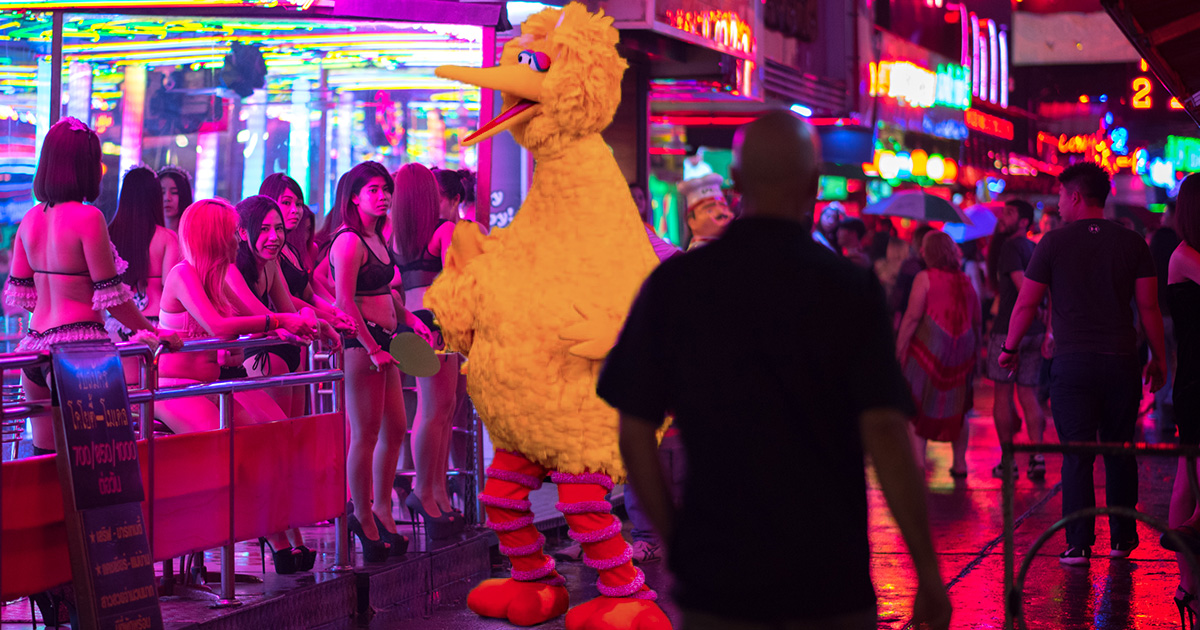 “I don’t think any of this is very fair. I just heard I could learn a fun new dance if I asked for ‘Sugar’ at the Love Puppet,” said the beloved children’s show character after conferring with his attorney. “But I wasn’t in there very long before a police man wrestled me to the ground — he put me in handcuffs, and even brought out a tiny little pair for my teddy bear, Radar. And he asked me if I understood my rights as he read them to me, but he didn’t even have a storybook. I just want to go home to my nest.”

“I responded to a call that someone was mocking and humiliating Love Puppet patrons with basic, easily understandable questions about their activities at the club,” claimed Krupky. “I arrived at the scene to a coked-out, 8-foot-tall avian asking customers if they’d like to learn what the letter ‘D’ stands for. Per my conflict escalation training, I instinctively reached for my gun, but luckily for everyone, Big Bird’s imaginary friend Snuffleupagus jumped in front of him before I could pull the trigger.”

PBS is seizing the opportunity to teach its young audience about the more mature subjects involved.