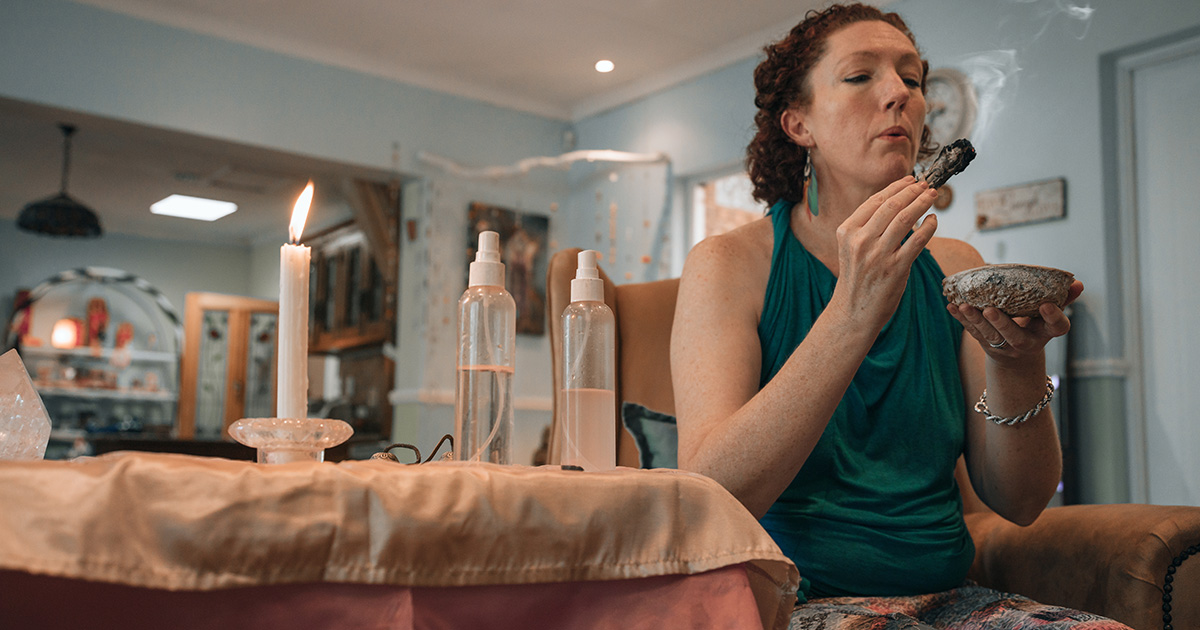 “There is so much that mainstream science can’t explain,” Stuart said. “For example, why am I sad only on Tuesdays? Is it the arrangement of the obsidian points on my altar? Are Tuesdays incompatible with the biorhythms of the Virgo moon and Libra rising? Is it another reason yet unknown to humankind? Those are the questions I hope can be answered for everyone through my corporeal remains after I’m gone. There’s no need for my body to be donated to a teaching hospital so they can dissect me like some frog; I want to be donated to the nearest astral projectionist to see if my being can be transferred through dimensions.”

“Elizabeth and I have known each other through many past lives, and I think what she’s doing is great,” said friend Kelly Nolan. “The mainstream medical community has enough bodies they can study — I read an article that proved they actually have too many. Let’s think less about how man-made medicine can help you, and how things like reiki, chakra alignment, and Lemurian light-language activation can set you free from the shackles of our perception of reality.”

However, some in the medical community were disheartened by and skeptical of Stuart’s big decision.

“She’s in great shape, never smoked or drank, and rarely got sick, so if she donated her organs to, say, the Mayo Clinic or a hospital in her area, she could really help a lot of people,” said Dr. Sam Brooks, who was Stuart’s primary physician before Stuart began her training in shamanic crystal healing. “What do I know, though? I’m just a fucking doctor. I just hope she doesn’t eat a bunch of weird mushrooms and then have to come in to get her stomach pumped.”

At press time, Stuart was giving herself a tarot reading, which she dismissed right away. “That was a bad one,” she said. “I forgot to shuffle, so it doesn’t count this time.”