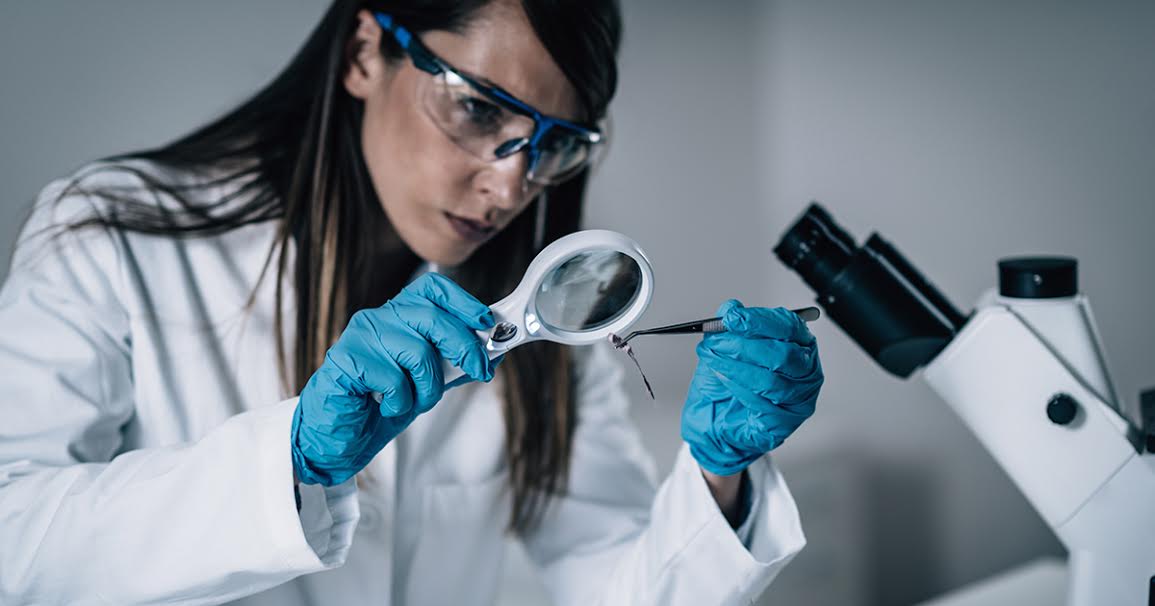 SPOKANE, Wash. — The Spokane Police investigation team asserted today that a fiber linked to the disappearance of an irreplaceable guitar stolen from a local basement venue came from a black T-shirt, according to a public statement released by the authorities.

“Advances in forensic technology have helped us immeasurably over the past several years,” said Chief of Police Meredith Barn. “10 years ago, we would have suspected everyone at that concert. But with the help of the crime lab, we were able to narrow down the list of potential suspects to 18 out of the 19 people who were there.”

The new information has ballooned the suspect pool from its original 16 possible perps.

“We realized pretty quickly there were actually three different guys with shaved heads and gauges wearing black Discharge T-shirts,” said forensic investigator Lou Palmer. “In a dark room, they looked exactly the same — the only difference was the size of the cuffs on their jeans.”

“It’s priceless and irreplaceable,” said Bella Martindale, the rightful owner of the guitar with a value set by a Sotheby’s appraiser at $63 to $63.50. “A new version of that same model sells for around $120 — nobody can shell out that sort of scratch. Plus, that’s the same guitar Scrimps recorded the entire Let It Bleed Until It’s Dead album. That’s a fucking classic.”

Meanwhile, police have been painstakingly testing the fibers against black T-shirts found in the wardrobes of each of the suspects.

“I’m not sure these people know shirts come in other colors,” said lead investigator Amy Reisfelt. “The evidence bags were filled with nothing but black T-shirts with poorly screened, cracking, white-ink graphics. We’ve got our work cut out for us. I’m not sure if my supervisors are prepared for the amount of overtime we’ll need.”

Unsurprisingly, Martindale is hoping for a speedy resolution to the case.

“I have a show coming up next weekend. If [the guitar] isn’t returned, I’ll have to use this guitar I stole from a frat house six months ago,” said Martindale. “It’s just a real shame.”