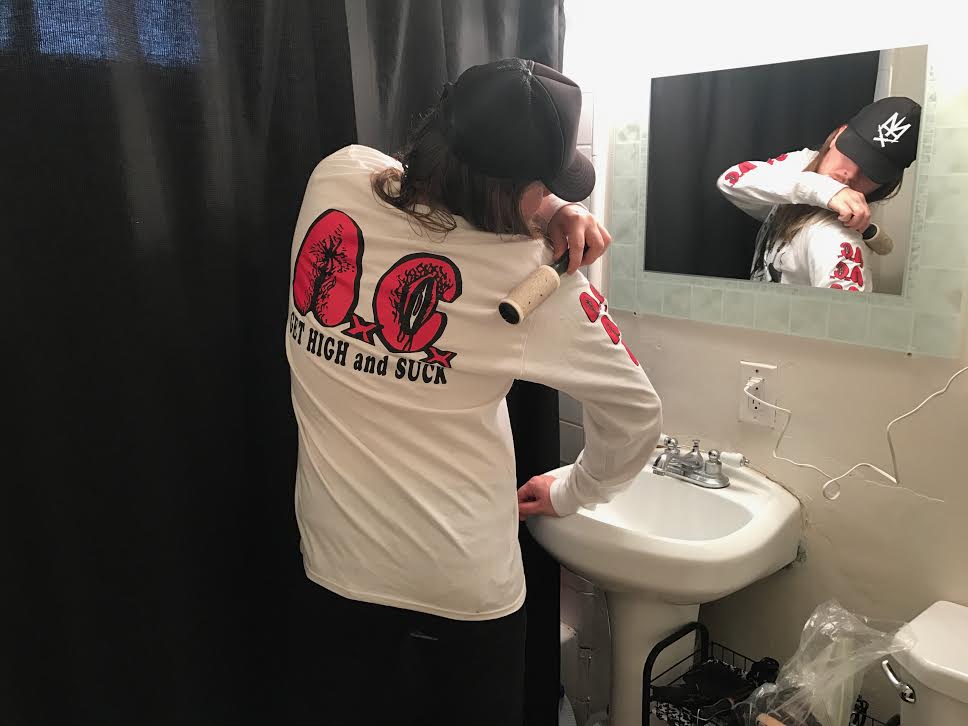 “I’m not an animal. I don’t want to show up to my Barry’s big 30th birthday celebration looking like a slob,” said Barbier, carefully examining each inch of the highly offensive garment for dander. “Had I thought about it, I probably would have adopted a lighter-colored cat, because anytime I wear this, it’s always covered in fur. Professor Macabre is a Maine Coon and his hair gets on everything.”

“The trick is to not wash it after every wear,” Barbier admitted. “That’ll fade it and wear out the elastic… and don’t ever put it on a hanger. That stretches the collar. A spritz with the Febreze, a quick once-over with the lint roller, and that’s all she wrote!”

Barbier’s “once over” is actually a 40-minute ritualistic effort, ensuring the entire blouse is lint and blemish-free.

“The ink is starting to crack,” Barbier sighed as he gently furled the sticky paper across a cartoon sphincter, “so I have to be careful not to pull any up. Sometimes I gotta get the duct tape out for the real stubborn pieces of cat hair embedded in the fabric. You can’t be too careful.”

In a follow-up, Barbier announced his plans to wear the shirt again next week on a first date.