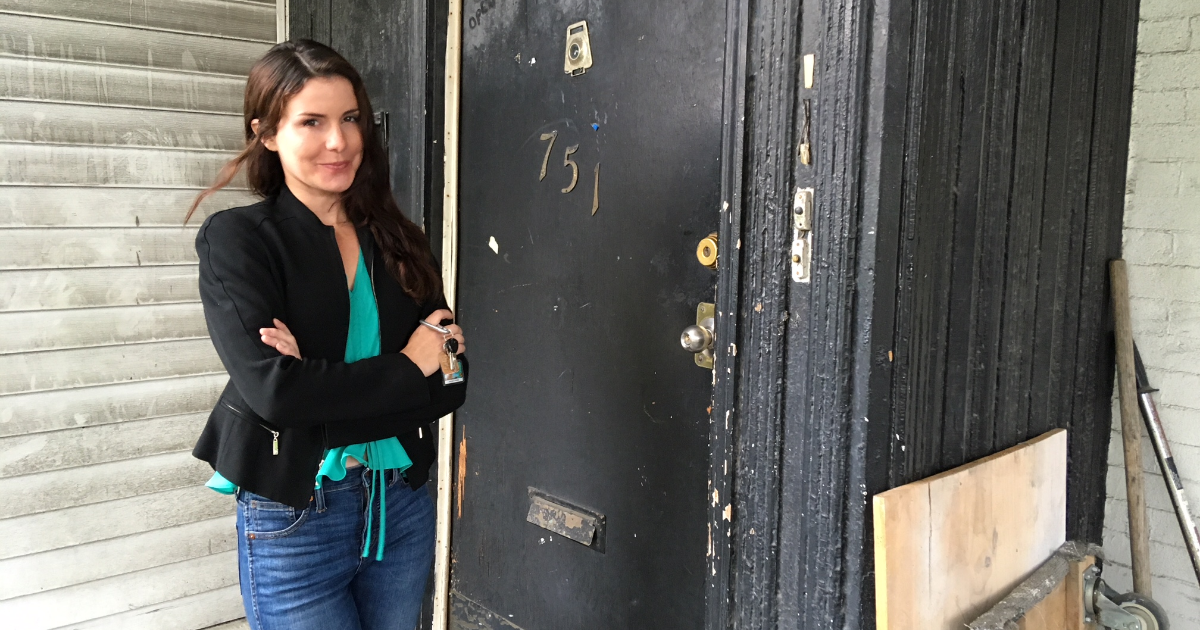 SIOUX FALLS, S.D. — Cool landlord and champion of the working man Jenny Holmes is allegedly only asking for references, proof of employment, and a total unwillingness to say “no” to a series of demands from her, sources report.

“I know it’s not always easy out here for renters, which is why I do my best to make the process as simple and straightforward as possible,” Holmes said of the contractual agreements which finance several of her mortgages. “I ask for a reference to show me you’ll honor a lease, a recent pay stub so I know you’ll be able to make your rent, and a total lack of ability to establish personal and professional boundaries with me. I look for tenants who give off that vibe that they’re clean folks who respect noise levels after 10 p.m. and will consent to me storing my personal belongings in their back closet while I’m at my vacation home in Costa Rica, with 15 minutes notice.”

One of Holmes’ current tenants, Reggie Luiselli, is quickly learning that his landlord’s unreasonable requests likely will not end anytime soon.

“Everything started out fine, but about a month in she texted me and said she needs me to become ‘scent free’ because of some disease she has that makes her sensitive to smells even though she lives 15 minutes away,” Luiselli explained. “Then she started using my trash bins to toss out a ton of old rugs, and when I asked her to come look at this broken light fixture in my hallway, her ‘fix it crew’ came by three months later, called me a bitch, and left a bunch of Beast Ice empties in my sink. I’d move out, but breaking this lease will fuck my rental history. I wish an electrical fire would just burn this shithole to the ground every day.”

Despite frequent complaints about her inappropriate behavior, some who have rented from Holmes are grateful for the life lesson.

“Renting that one-bedroom from Jenny was definitely the worst 12 months of my entire life. But I have to say, I definitely learned a lot in that time about healthy boundaries, saying ‘no,’ and spotting someone’s unemployed adult son who is clearly taking pictures of a fence that was broken when I moved in,” said former tenant and person now well-versed in renter’s rights laws, Luka Evans. “Since I’ve been forced to learn these skills, I’ve avoided three disastrous relationships and got a raise at work, and it only cost me my entire security deposit, some bullshit ‘departure fee,’ and several co-pays to my therapist.”

At press time, Holmes announced that construction of her new dance studio above Luiselli’s apartment will begin this Sunday at 5:30 a.m., but doesn’t anticipate that it’ll be too noisy.