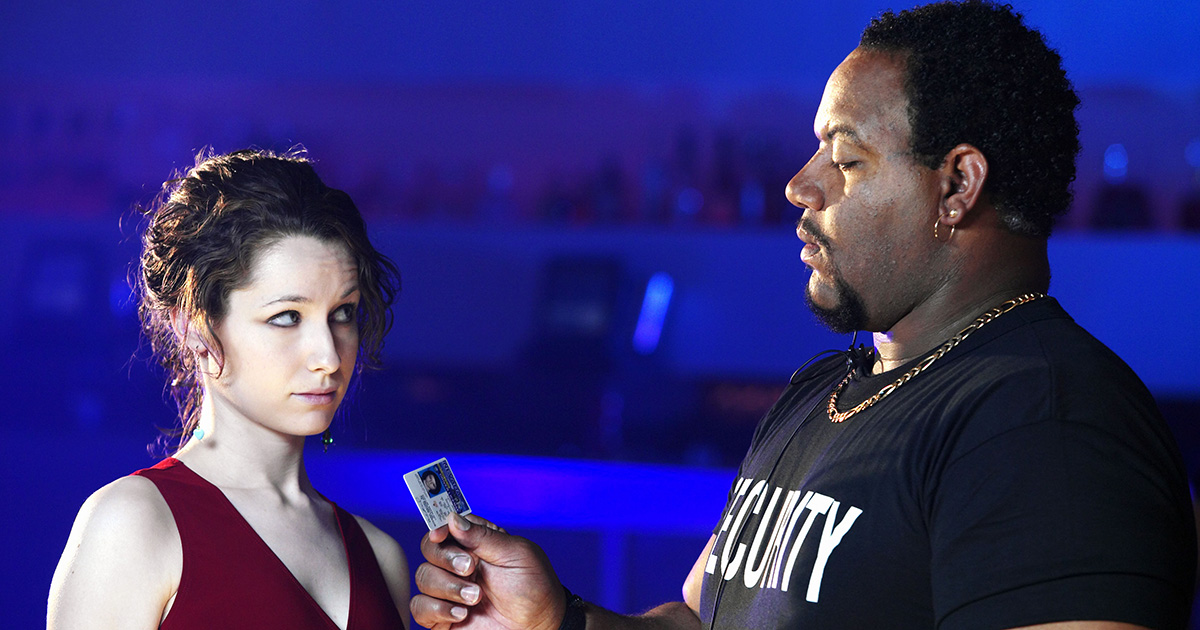 “The visitor, an unidentified young woman, handed me what appeared to be a New Jersey ID at approximately 8:45 p.m. I quickly ran my flashlight over it, ran it under the UV light, and then gave it one final inspection,” said Brawn from a stool in the doorway. “Her ID said she was brunette, but I pegged her as a dirty blonde, so I really needed to be on my game. That third look is what breaks the confidence of most counterfeiters.”

A quick view of security footage confirmed the interaction differed from the usual ID check procedure.

“Normally, that moment is where the bouncer would execute what experts call a ‘wrist flick’ return — extending the card back to its owner between two fingers while looking slightly over their own shoulder, as if to say, ‘Head on in,’” said Annette Harding, a nightclub entry professor at the West Coast Bouncer Training Academy. “But not this time. The technique Brawn used is only taught in advanced level bouncer schools. It takes years to be perfected.”

Bystanders reported a sudden chill in the air when Brawn looked down at the card again.

“The bouncer told the woman that he used to live in New Jersey as well, and he asked what town she was from. She eventually said Newark… which sounded a little obvious, if you ask me,” said one witness, who requested anonymity. “If you’re trying to sound convincing, at least go with Trenton.”

The interrogation allegedly escalated to include her neighborhood in Newark, her favorite West Ward restaurant, and the name of her high school principal. Footage confirmed Brawn betrayed no emotion as she answered.

“It’s more than likely that his line of questioning was an elaborate ruse,” Harding explained. “I’ve seen advanced bouncers claim to be from as far away as Alaska in pursuit of the truth.”

When asked to name the last mayor of Newark before Cory Booker, the woman ultimately fled the scene. Brawn did not pursue her, however — nor did he leave his stool a single time for the remainder of the night.