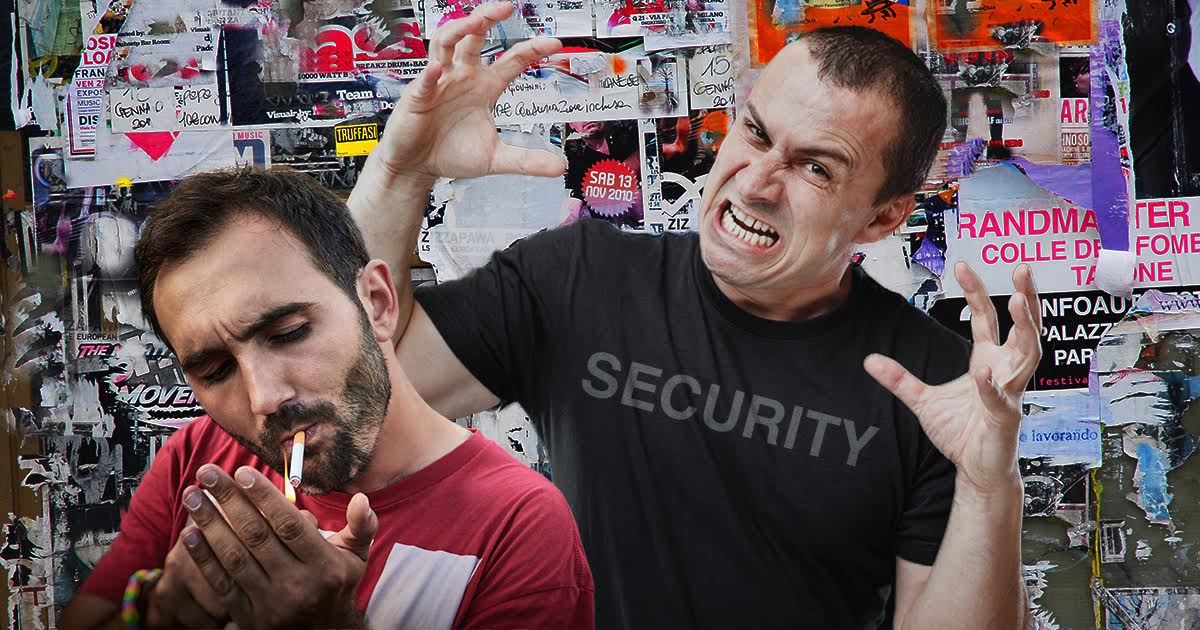 CHINO HILLS, Calif. — Management at The Billy Club are scrambling to find a new doorman after their bouncer discovered the existence of fire, posing a serious threat to the building safety code.

According to witness testimony, right as Wendy Armijo lit her cigarette, 24-year-old bouncer Lenny McGregor saw the flame out of the corner of his eye, which set off a disastrous chain of events. Because McGregor didn’t yet have the language for “fire,” he erupted in a primordial grunt and a look of intense fear and curiosity.

“It was fucked up, man,” Armijo said. “He completely lost his shit and charged me like a neanderthal. Luckily, I dropped my cigarette on the ground. Otherwise, he would have murdered me for that thing.”

Witnesses say that McGregor dove for the cigarette, picked it up in his gigantic fist, and held its glowing tip up to the sun. “It was incredible,” said an onlooker. “You could tell his primitive brain was dreaming of all the possibilities: no more animal pelts for warmth through the night, no more eating raw buffalo and foraged nuts. It really is a shame the venue is going to have to fire him. He’s way too intelligent for this job now.”

The Billy Club manager Chip Scofield ran from the venue to calm down the excited bouncer by rubbing his back and telling him that it was only fire, a technology utilized by the world since the dawn of mankind.

“Fire,” exclaimed McGregor, cradling the cigarette like a newborn baby, careful not to let its sparks flicker out. “Fire good.”

Fearing that McGregor would set fire to the venue and probably kill several customers, he was promptly relieved of his bouncing duties. “If the history of humanity is any indication, it’s only a matter of time before he weaponizes it or starts developing steam engines,” said human resources coordinator Patti Loman. “We can’t have employees developing 18th century technologies in the venue. Not on my watch.”

“He was a good employee,” Scofield said. “Well, not good, but he was physically huge, which is like 99 percent of the job. The other one percent is not killing everyone in a fire.”