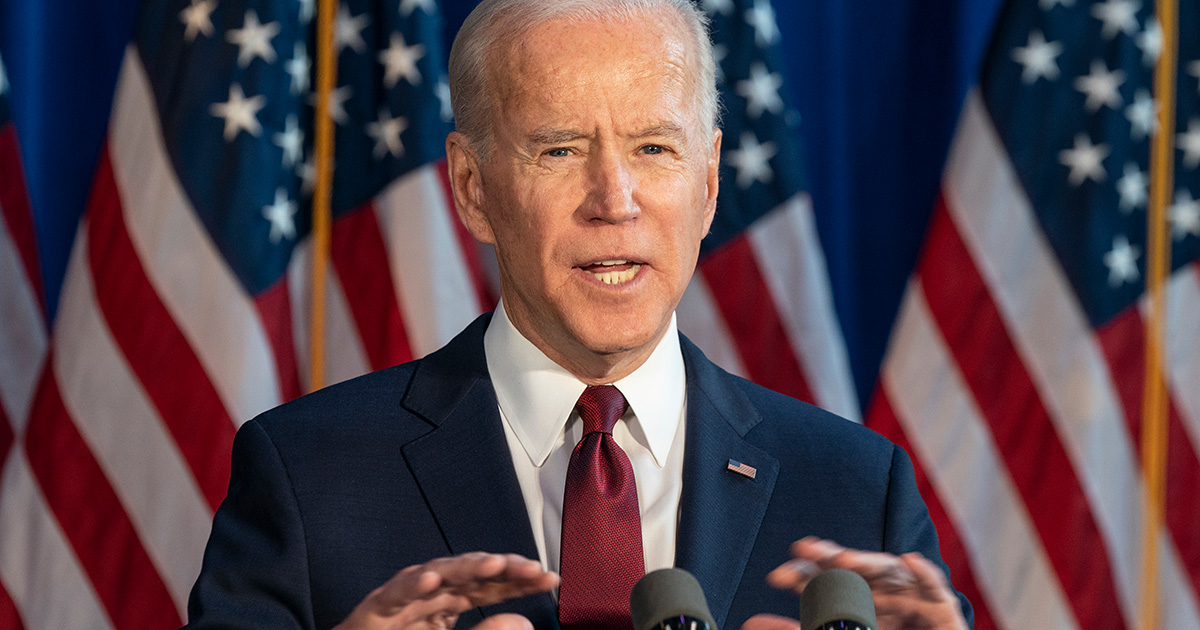 WASHINGTON — President Biden announced a rebranding of the “Middle East Peace Process” to “The War On War” in hopes of appeasing warmonger lawmakers on both sides of the aisle, confirmed multiple CEOs of defense contracting companies.

“It’s all about marketing these days. I remember talking to a fella named Cornpop about marketing outside of a pool in Delaware. He was a real bad dude,” said President Biden during a gathering of Army Officers in the Oval Office. “You can’t bring anything to Congress with the word ‘peace’ in it or they’ll start calling you soft. And let me tell you something, Jack: I’m not soft. The American economy won’t ever recover with a peace deal, everyone in Washington knows that. I’m hoping this new language can bring Congress together. The ‘War on Drugs’ was so profitable for the prison system, and right now those prisons are some of the biggest employers in the country.”

After firing her glock into the Capitol ceiling, Colorado Congresswoman Lauren Boebert reluctantly praised “Sleepy Joe” for “finally nutting the fuck up and declaring war.”

“We’re goin’ to war on war! Hot damn, this gets me fired up to mount war’s head on my fuckin’ wall!” passionately howled Boebert, owner of “Shooter’s Grill,” a restaurant in Rifle, Colorado where staff members are encouraged to openly carry firearms. “I thought Democrats wanted to steal our guns, but hearing they wanna use our guns against guns… This great nation will gun down every gun on the planet. Then, we’ll turn the world’s last gun on itself and blow its fuckin’ head off! Yee Haw!”

General James C. McConville, Chief of Staff of the United States Army, was more than thrilled to “not have to look like a little bitch in front of the troops.”

“I almost had to crush these boys by pulling them out of Afghanistan and sending them home to their wives and kids,” said General McConville. “Now they’re all fired up to get back out there and kick war’s ass! I have to give it to President Biden on this one, I almost thought he actually cared about humanity for a second. He knew that when me and every other red, white, and blue blooded American man who suffered through the ‘60s hears the word ‘peace,’ we get flashbacks of stompin’ long-haired, round-lensed hippie freaks.”

The President also hopes to make a deal with the Taliban for American contractors to provide maintenance for the billions of dollars in weapons and artillery left behind in Afghanistan.