Being in Coworker’s Car Really Weird 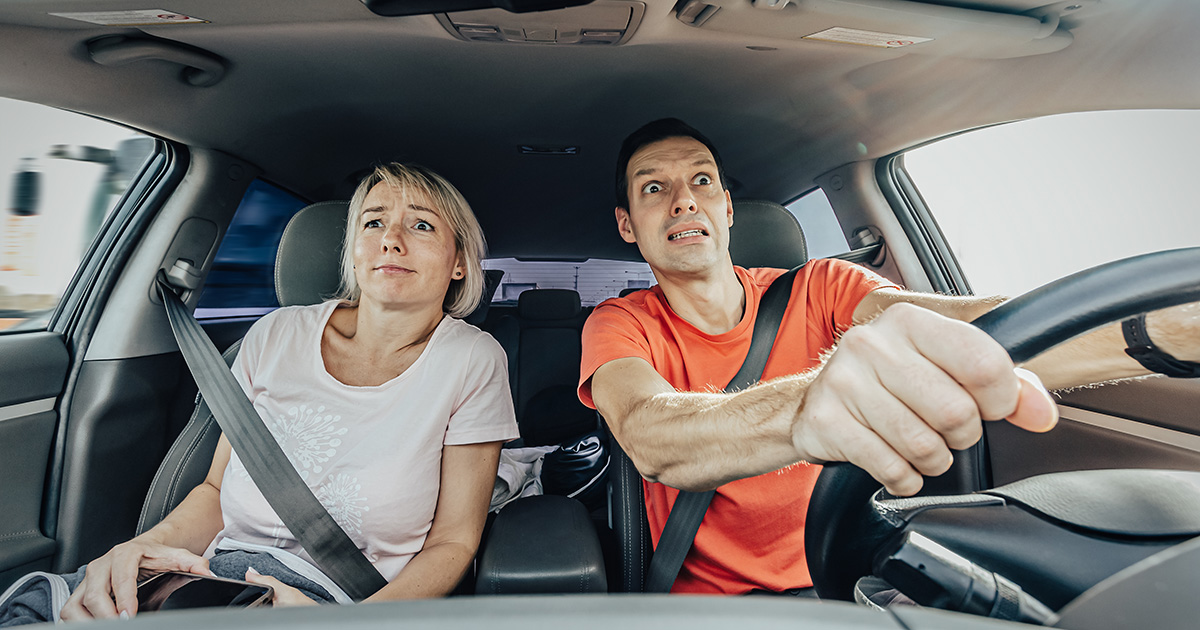 CHICAGO — Local data analyst Jeanie Alvarez joined his coworker for a ride in her car last week, leaving him with an unexpected, everlasting feeling of dread and uneasiness.

“I needed to pick up my car at the shop, and I was stoked that my work friend Matt (Speare) offered me a ride — we’ve worked together for years but never hung out. But quickly I realized I had no idea who this person was: I’ve been working next to someone who uses a creamsicle air freshener all these years? It felt like the Willy Wonka tunnel,” said a clearly startled Alvarez. “It was a peek behind some weird curtains. His car had strange trash in it: Big Bite boxes were strewn about, and there was a smashed hard pack of Kool Filter Kings. And to top it off, he was listening to an Ozzy CD. The man with a ‘Cats in Tuxedos’ desk calendar listens to ‘Blizzard of Ozz?’ It’s like everything I know is a lie.”

Even with Alvarez trying to play it cool, Speare still felt the tension.

“I was more than happy to give Jeanie a ride, but when she got in the car it just felt wrong. She’s usually really talkative, but it got dead quiet and it looked like she was sweating a lot. I tried to make small talk — even making fun of that jerk Bret in HR — but outside of the office, it all just felt awkward,” said Speare. “The only thing that really broke the ice was my music: she was so surprised that I was into metal. Thankfully that filled the time, but I hope she doesn’t want to be friends. I can’t do this again.”

“Many famed work relationships have struggled in the real world: Laurel and Hardy were not real-life friends, and the ‘Mythbusters’ guys actually don’t like each other. And of course the heartbreaking tale of Mötley Crüe not even saying goodbye to each other after their last show,” said Grissom. “The good news is, studies show that these boundaries are healthy. Imagine going out to grab a drink and discovering a coworker is a fan of later Metallica records. I couldn’t work with someone like that.”

Alvarez was unable for further comment, as she was still recovering from the “horror show” inside her neighbor’s apartment after agreeing to feed their cats for the weekend.