Band Horrified to See Their Related Artists on Spotify 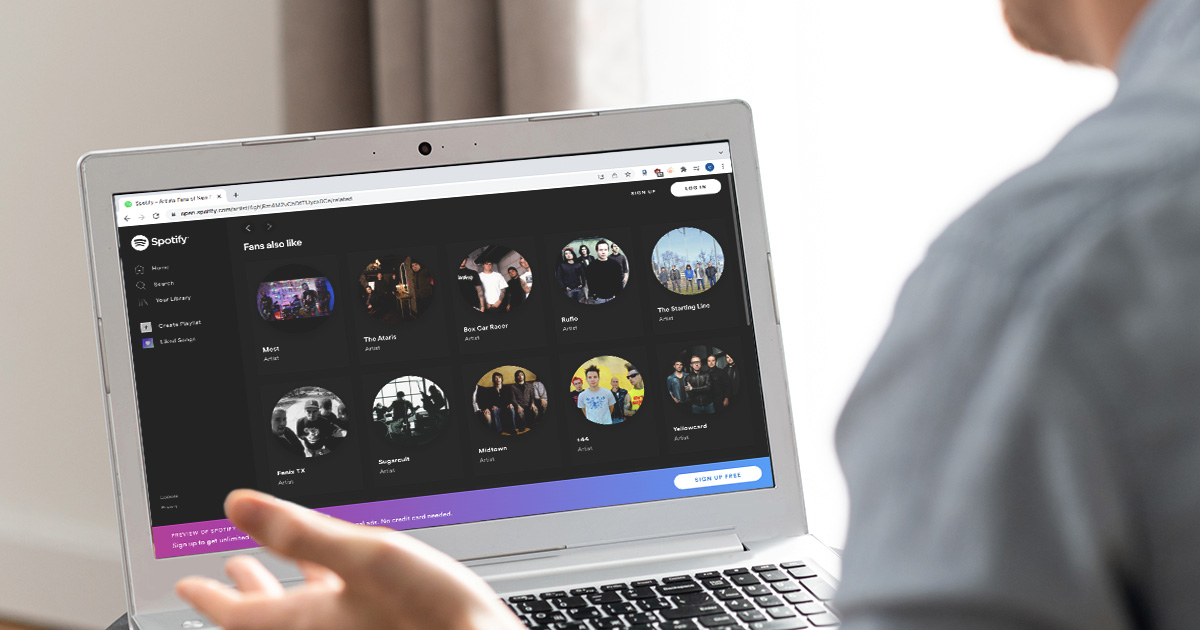 MASSAPEQUA, N.Y. — Self-proclaimed “experimental indie” band True Friction are horrified to see that their “Related Artists” tab on Spotify is populated by pop-punk and mall emo bands, sources within the band report.

“How can this be? We play a progressive, non-traditional breed of indie rock influenced by psychedelic garage and baroque pop,” exclaimed True Friction’s frontman Pete Thompson, whose lack of self-awareness prevents him from seeing that his band really just plays four-chord pop-punk songs. “Sum 41? Blink 182? This is at best an insult and at worst an attempt—nay, conspiracy!, by Spotify to keep our band from reaching its intended audience.”

“You should be seeing The Beatles, Jefferson Airplane, and Patti Smith there,” continued Thompson. “But come on, The Academy Is…? They haven’t put out a good record since ‘Almost Here,’ which is one of my favorite alb—I mean, I never heard it. Who?”

Fans of True Friction have been experiencing a crisis of identity after seeing mainstream emo bands in the “Related Artists” area.

“I used to think I was special for listening to True Friction, but I guess I’m just another millennial drone,” stated Linda Umphrey, who has seen the band countless times since their humble start in the Long Island basement show scene. “They always said in interviews that their biggest influences are Pink Floyd and The Velvet Underground, but every chorus has harmonized ‘woah-oh-ohs’ and the drums usually go into halftime for the final chorus, so maybe they are… just another pop-punk band?”

When asked for comment, a Spotify spokesperson attempted to explain how its algorithms work.

“If it walks like a duck, talks like a duck, and runs in place while palm-muting power chords like a duck, it’s probably a pop-punk band,” said Sven Karlsson, senior manager at Spotify. “The analytics don’t lie. True Friction’s songs are musically very similar to Simple Plan and All-American Rejects. Why do they even care? Just own it. You’ll sell more records and merch to the pop-punk crowd than pretentious Pitchfork readers who would rather spend their money on ironic Steely Dan tees.”