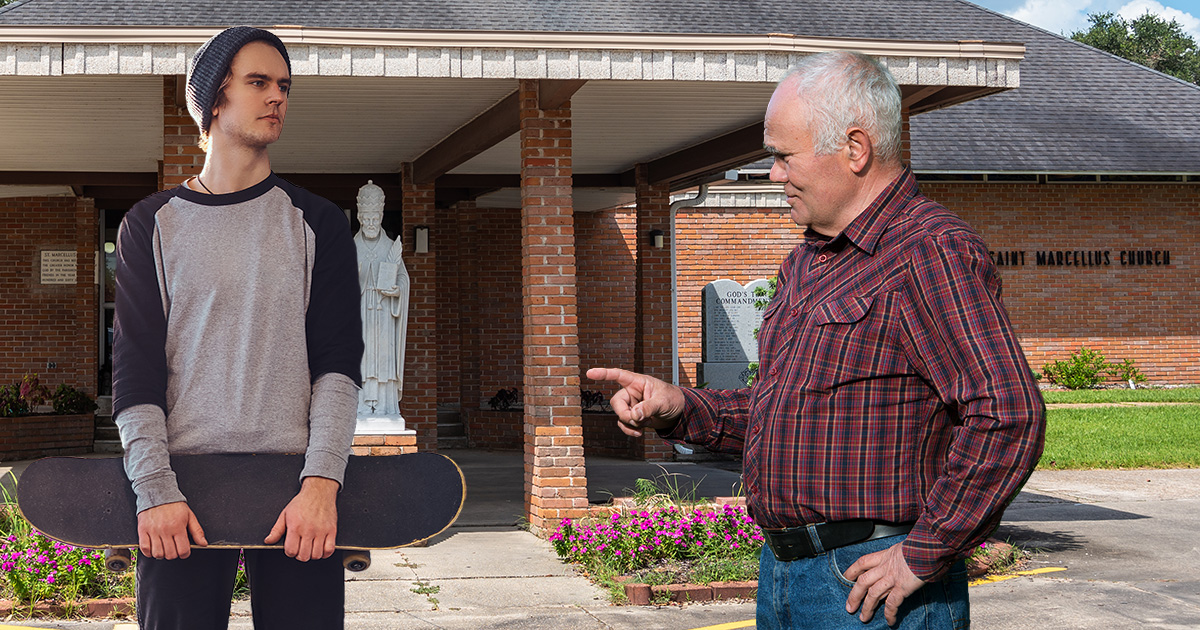 “It’s very validating to finally nail an endorsement and turns out it isn’t Birdhouse Skateboards or Lucky Bearings, but some old guy who I’m not supposed to name,” explained Gannon, who was encouraged to attend Alcoholics Anonymous meetings by friends, family, and the state of Maryland. “Not only is he helping me get sober, which I absolutely need, but he’s agreed to come watch and cheer when I finally heelflip the 7-stair at the church so it isn’t just awkward silence as I roll away. All that hard work finally paid off.”

Gannon’s sponsor, who asked not to be named in order to preserve the anonymity expressed in the group’s traditions, was optimistic about their relationship.

“Personally, I’m more of a rollerblading kind of guy, but that’s the beauty of AA — we don’t force any one ideology onto people in the program,” said the sponsor, who has been involved in the organization for 18 years. “Though I think Jude may be a tad confused about my purpose here. He keeps sending me skateboarding pictures of himself to consider posting to my Instagram, which I don’t have. He also keeps asking about getting a signature sobriety medallion made, which really goes against our whole purpose. The best I can do is meet him for coffee, which he promptly rejects every time I offer.”

Addiction specialists encourage those involved in extreme sports not to conflate the purposes of treatment.

“Yes, technically you can get a sponsor through AA, but let’s not act like that validates your wack skateboarding steez,” stated recovery therapist Dana Yesner. “The donuts at meetings are not ‘free swag’ given to you by your sponsors, and neither are the chips. People can tell if you land kickflips and immediately go into windmill arms to stay on the board; sobriety doesn’t change that.”

At press time, Gannon’s claims of sobriety were under scrutiny after reports surfaced that he successfully landed an acid drop while exiting his latest AA meeting.