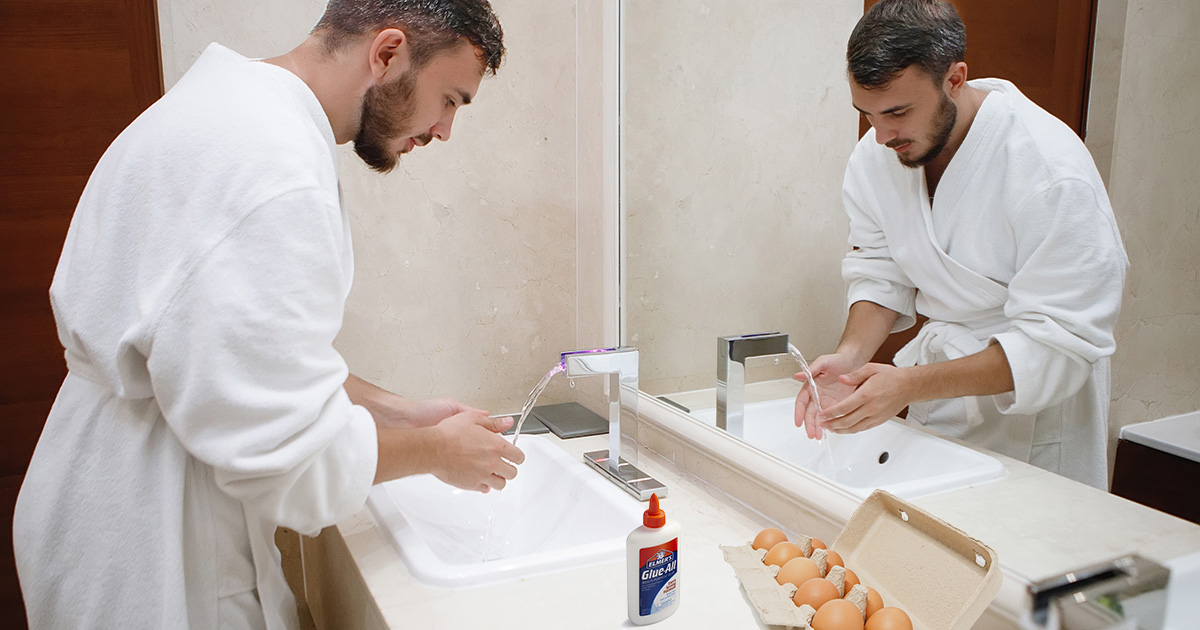 LAKEWOOD, Calif. — Aging punk Lilo Omed claimed today that the best way to keep his penis erect is not by consuming over-the-counter pills, but with a mixture of egg whites and Elmer’s glue.

“I can’t fucking believe how many of these so-called punks go like pigs to the trough whenever Big Pharma rings the erection bell,” said Omed while finishing off a six-pack of beer. “I’ve always had a DIY attitude, and that’s never more apparent than when it’s time to smash. I don’t need to plan for sex four hours in advance — I just rub my crank with a mixture of egg whites and Elmer’s glue, then blow-dry it out until it hardens in the shape I want, and it fucking works! In the dark, if you ignore the smell, you can’t tell the difference between my dick and a steel rod.”

Lizi Zakena has been hooking up with Omed for nearly two decades, and reported that Omed’s technique is a great way to “stay punk” and “keep the fire alive” in the bedroom he shares with two other people.

“Back when we were younger, Lilo would get hard as granite anytime I gave a cop the finger, but unfortunately, age has mellowed us both. We’ve both had to adapt so we can perform sexually — he has his routine, and I keep a jar of spit I by the bed that’s the best lube in the game,” said Zakena. “So many of our friends got hooked on Levitra years ago, but you can’t be fucking punk if you’re sucking down pills from Big Pharma. Lilo’s technique is the way to go. My doctor says we need to stop doing it this way because a lot of the glue melts inside me and it’s creating a ‘massive, never-before-seen blockage that will kill me within two years,’ but I’ve never listened to doctors before, and I won’t start now.”

“How can you call yourself punk if you’re bringing the slaughterhouse into your sex life?” objected Saruf. “Egg whites and glue is poser shit, even if you are fighting Pfizer. I make a line of extra stiff-drying wax just for exactly this purpose. All you have to do is coat your johnson in the wax, and then use a hot straightening iron to mold it into whatever shape you want for the evening’s events. Maybe you get burned a little, but scars are punk as shit.”

Omed and Zakena were last seen rushing to the hospital with salmonella and third-degree burns, respectively, which both agreed was “pretty fucking punk.”