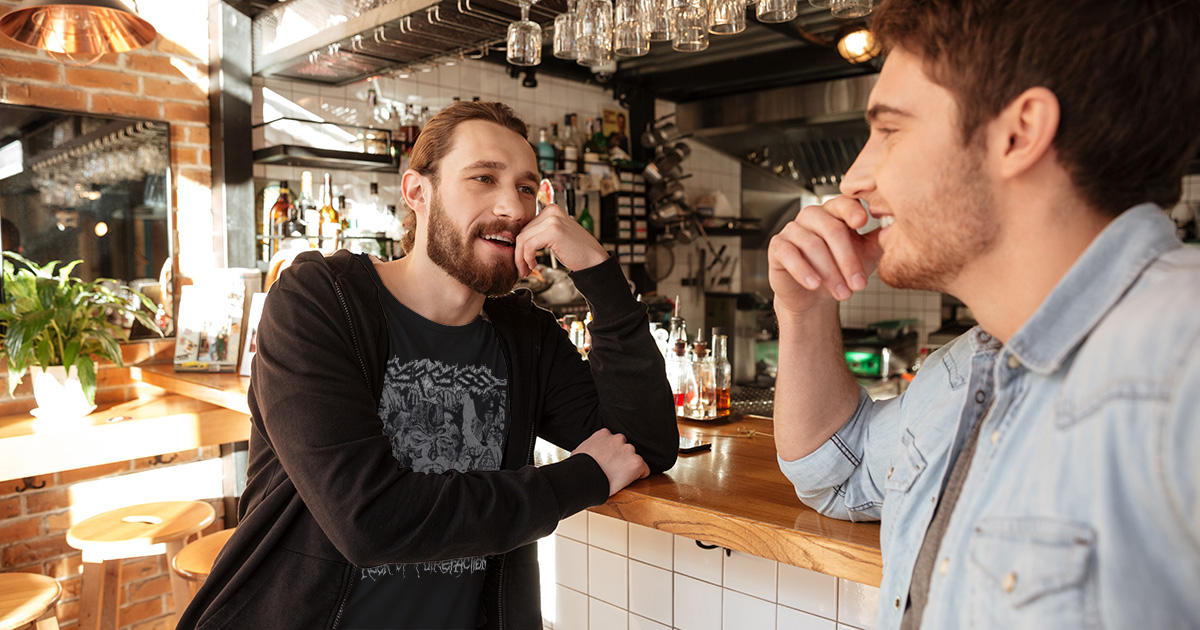 BUFFALO, N.Y. — Forty-two-year-old heavy metal fanatic Jason Higgins shocked bar patrons earlier this week by ordering a Jack Daniel’s Whiskey and cola with the specific caveat that the soda be diet and with no caffeine, a veteran bartender reported.

“Look, I know I am not getting any younger. There is some grey in my 10-inch-long goatee and my health isn’t what it once was so I had to make some lifestyle changes,” the jaundiced-looking Higgins said while drinking his fifth Jack and Caffeine-Free-Diet-Coke of the evening. “While the ladies seem to dig the beer gut under my leather vest, my doctor told me I can’t keep going the way I had been for decades. I decided to make some hard sacrifices; so caffeine is out and I’m going to watch my weight. I’m sticking with the Jack though, we all need a little cheat, right?”

Higgins’ friends however see this as a betrayal to their ethos and culture.

“I literally fell off my barstool when he ordered that drink, and not just because I was drunk. I remember a Jason who wanted to live fast, die young, and leave a corpse that looks like beef jerky,” friend Felix “Casket” Mason said while waiting for his dealer. “I remember once we drove all the way to Philly just to see Exodus and all we had the entire trip was J&B scotch and generic brand cheese balls. I didn’t take a shit for three weeks after that trip, and when I finally did it was so big and hard it broke my toilet. Anyway, I hope his sudden health kick doesn’t last because I just got a job at the deli and I’m going to have tons of free meat.”

Doctors are noticing a trend in the metal community of choosing the lesser of two evils in an effort to get healthy.

“Whenever I get a metalhead or a punk in my office pushing forty I tell them they have to stop partying so much but instead they will give up Taco Bell, but they keep huffing paint,” said Primary Care Physician Dianne Vargas, MD. “They will be going into liver failure and tell me that they will start going for walks, or brushing their teeth more. The one thing they shouldn’t do is push their hearts even harder but they tell me that mediation is for hippies.”

Following a night of hard-drinking, Higgins announced that he will also be switching to menthols after losing feeling in his left arm.