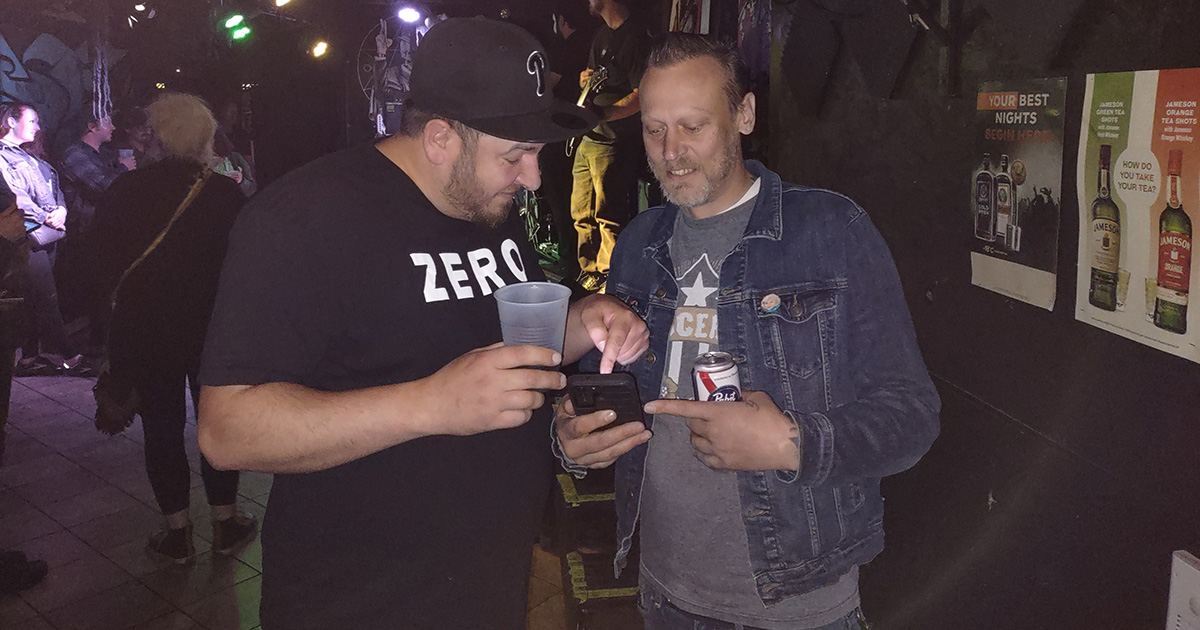 “Look, I’m trying to be in the moment and enjoy the show, but that doesn’t mean we shouldn’t also be thinking about the best way out of here as quickly as possible. We drove almost two hours to get here, I want to make it back at a decent hour,” stated Bryce Ferguson as he attempted to get a network connection for his Waze app. “There are like 70 people at this show, that could create a real bottleneck getting out of the parking lot and set us back upwards of 15 minutes, so we need to be efficient. There’s nothing ‘metal’ about only getting five hours of sleep. It’s still a work night.”

Bartender Janice Tewksbury explained how most conversations she had that night centered around the fans wondering how they could avoid construction traffic on the 405.

“When I wasn’t dishing out pitchers of water to those lame old dudes they kept asking if the roadwork is just on the shoulder of the highway or if they are shutting down lanes. It was the worst conversation I’ve had since an old guy asked me what my vagina looked like,” said Tewksbury. “They insisted I find them a physical map like it was 2005 so they could sketch out a route on a napkin. They didn’t even stay for the headliner, which is too bad since the band later announced it was their secret retirement show. Trust me, anyone who was here witnessed an epic once-in-a-lifetime performance.”

Expert at The Aging Fan Institute (AFI) Alana Mendoza, described how priorities evolve as you get older.

“When people are young, their unbridled enthusiasm for live music takes center stage,” Mendoza described. “But as they age, fans attend concerts for very different reasons. Just the act of getting your friend group to actually commit to buying tickets and attending a show is a victory. But once they get to the venue their focus shifts to hightailing it out of there as fast as they can. Because at this point in their lives they have less in common with the spirit of the music than they do with their shared desire to get back to the burbs and watch ‘House Hunters’ with their respective partners.”

At press time, the friends were almost halfway home and reminiscing about how awesome the show was.