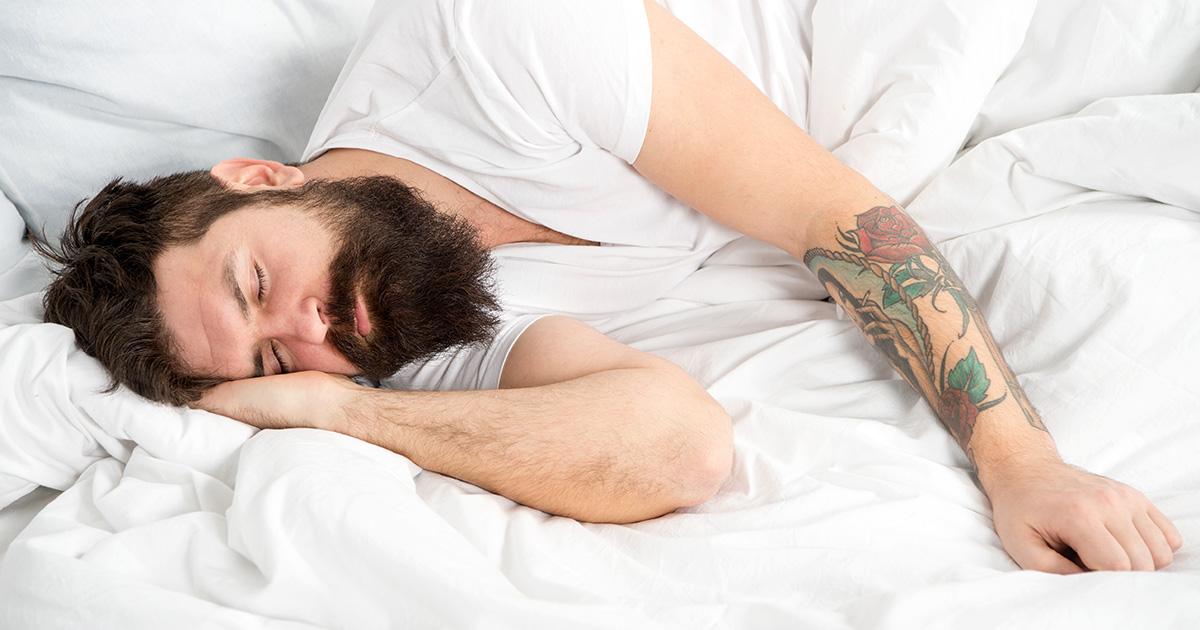 COLUMBUS, Ohio — A fuzzy little punk roommate known only as “Banjo” twitched adorably in his sleep yesterday, presumably dreaming that he was running away from the cops, sources with newly warmed hearts confirmed.

“Banjo is a very good roommate. Yes he is. Yes he is! He is such a good roommate,” said Zach Robertson in a low whisper as to not disturb the cute display. “Last night he lapped up about seven or eight tequila shots, so we let him run around in the backyard awhile, but then the poor little fella passed out on the rug and started twitching a lot. We figured he was either having an adorable little dream about running from the cops, or he had alcohol poisoning. Luckily it was the former.”

“Banjo was at a shelter before moving in with us. The volunteers told us he’s not a family roommate, and he’s not good with kids, cops, or Republicans, but we decided to give him a chance anyway,” said Franco, dangling a bag of THC-infused gummy bears in front of a patiently waiting Banjo. “And he’s been great… just so long as he gets plenty of exercise and the occasional treat.”

“In reality, he may be dreaming about evading mall security, or pushing through a crowded venue to make it to the bathroom in time,” explained Medina. “The punk breed unfortunately has a very negative reputation, but they can actually be excellent, loving roommates. The key is to establish dominance early — for instance, I always recommend eating first to show you are the alpha, and never feeding your punk food scraps from the table.”

When reached for comment, Banjo disagreed with his roommate’s “unfair” and “grossly exaggerated” characterization of him.

“Despite what my roommates said, I’m actually a very articulate and intelligent human being. I even graduated top of my class in high school,” Banjo said before pissing on a tree and humping the leg of a passerby.