When I Die, Bury Me Inside of Whatever Coffin Morticia and Gomez Smash In 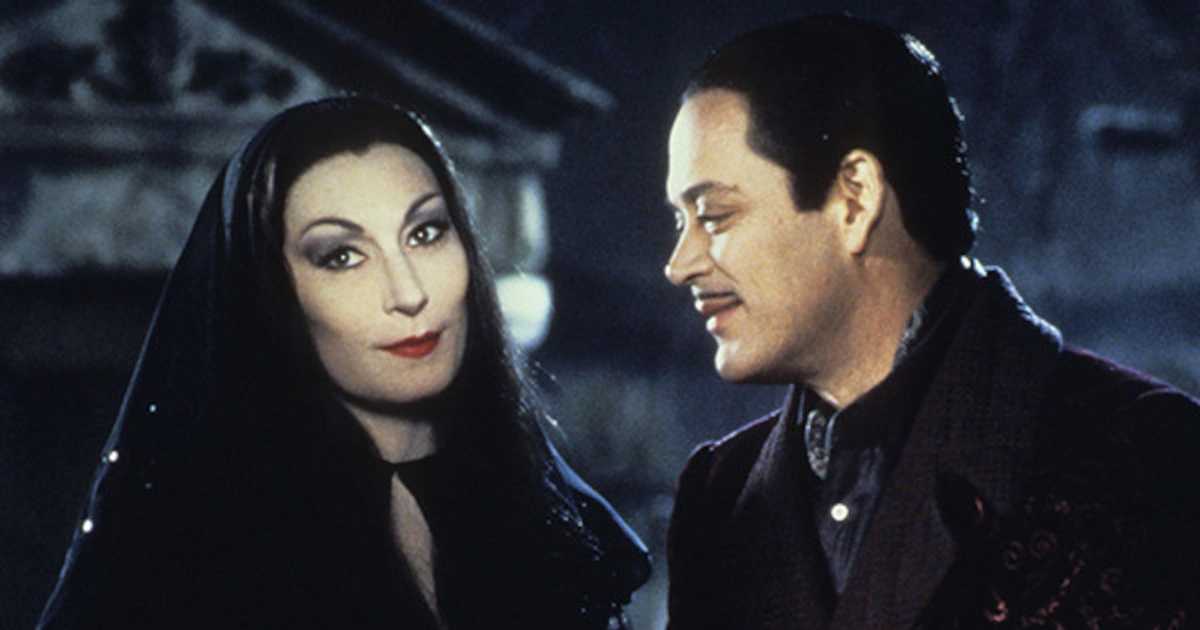 Morticia and Gomez Addams represent the perfect foil to the stereotypical sitcom couple: they’re always proud of their children, content with their family’s weirdness, and so hopelessly obsessed with each other, ain’t no doubt they’ve funked up a couple of freaky lil’ locales with their lovemaking.

The couples from “Leave It To Beaver” and “The Waltons” probably think smashing on anything less than 600-count sheets is DefKink-1. The Addams, however, glow in the dark. In the caves of the Grand Canyon, hundreds of miles above the drowned cadavers that choke Lake Mead, one might hear the rhythmic grunting of two spooksters whose pheromones drive the cave’s native bats to vomit black liquid and thirst for human fuck juice. And that’s just on any given Tuesday.

There is no doubt that these two have engaged in some serious coffin-based genital shenanigans. A claustrophobic memento mori? One that caresses their bodies in leakproof velvet? One that, in reminding them of the imminence of death, encourages them to seize every moment of dark lust that they can?

Imagine those two pale Adonises slowly asphyxiating, the effort of their lovemaking diminishing the oxygen of their fuck coffin as they climax to the howls of nearby wolves, the children of the night. I can think of no place more peaceful.

Listen, I am a persistently sad man. One of consistent sorrowfulness, even. The unconditional affinity these two family-centric ghouls possess is a level of love that I need hanging around my dead body after I go home to meet the Lord (of Darkness).

My soul will find rest on this or any other plane until my decaying body liquefies and intermingles with all of that concentrated love funk.