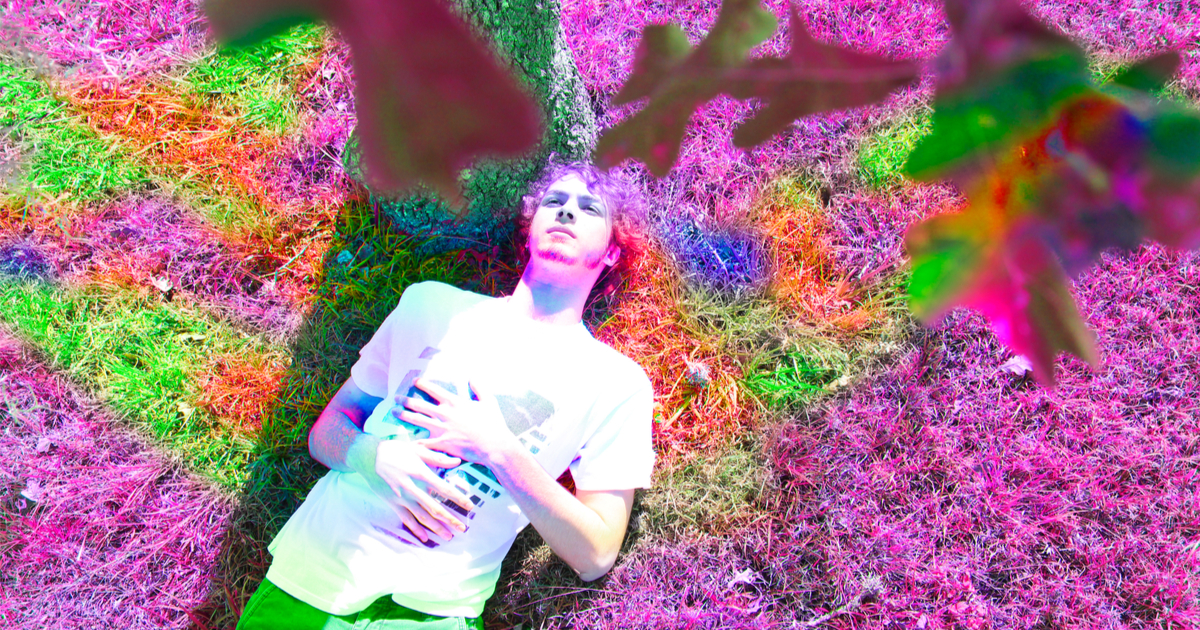 It has long been rumored that microdosing is the secret behind the success of billionaires like Steve Jobs, Elon Musk and Jeff Bezos. After Bezos successfully launched himself into space without blowing up (which would have been fucking dope!) I decided to try microdosing first hand to see if it gave me a creative edge and, well, I maybe should have done more research.

I’ve been straight edge most of my life. I’m not a hippie, how was I supposed to know that ¼ cup of acid was a lot? People need to drink like five beers to get drunk, so I figured a dose of LSD was like five bottles. I thought I was playing it safe but it turns out I consumed somewhere between 600 and 1,200 big-boy doses of “the good shit” and half a grapefruit for breakfast.

All I knew about tripping was what you see on TV, so part of me was afraid that I would get outside and everything would be on fire or something. To my surprise everything was on fire, but it really didn’t bother me. I found it mildly amusing, and all of the people on fire didn’t seem to mind, so why make a big deal out of it?

By the time I did reach the office I was recognized as an emperor-god by most of the known universe, but I decided to keep that to myself. No need to freak anybody out.

I sat at my desk and felt an immediate surge of innovation. The first thing I did was throw away my computer. The human brain is the most advanced quantum computer in the universe, so why downgrade? Next I had to connect my brain to the internet, which is actually a lot harder than it sounds. After a lot of trial and error stabbing myself with various wires, I was finally online. I could tell it worked because when I closed my eyes there were a bunch of weird lights I could sort of control with my thoughts. It truly is amazing what computers can do.

I hit a snag when I grabbed my stapler and realized that I had completely forgotten how to eat a stapler. Embarrassed, I decided to hide the stapler by throwing it as hard as I could. Unfortunately, Tom left his head in the way and the stapler hit it. Tom went on and on about how that was his head and bitching that it was all bloody now and just would not calm the fuck down, even after I told him he could eat my stapler.

It’s amazing what a mere 1,200 hits of LSD can do to your perception. For the first time, I realized that I was in a hostile work environment.

I knew the first step toward fixing my hostile work environment was to inform management of my discovery. At first I thought I would tell them, but then I remembered how often words fail. Action is the universal language.

I wanted to make sure my actions were understood properly, so I removed my shirt and wrote the word “HOSTILE” across my chest. As I shaved my hair in the bathroom mirror I noticed that a lot of my internet wounds were still bleeding. Perfect. Now that my look was complete I grabbed a mop handle and sprang to work.

At first when I started jumping on people’s desks and smashing their belongings with a mop handle they looked at me like I was crazy. But as I repeatedly screamed “I am the alpha-monkey!” they began to understand I was making a comment about workplace hostility. Once they became aware of this, they ran out of the building as fast as they could, terrified. I was happy to see they were all taking workplace hostility as seriously as I was!

Long story short, my first day of microdosing was a complete success. I can’t wait to see what innovations I come up with over the next four weeks!