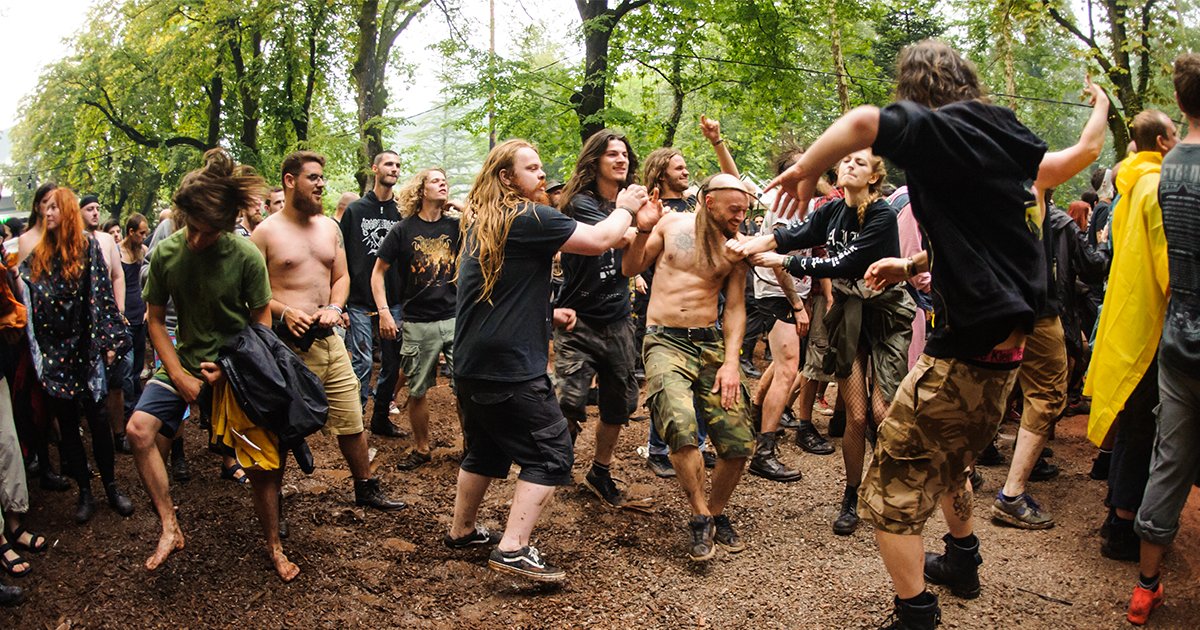 Maybe it’s unfair to blame Slayer for their fans’ wild, destructive behavior but it is an undisputed fact that every single Slayer fan is an active participant in the destruction of their own lives. To prove this point, we went to a Slayer concert and went up to 5 random fans and simply asked one question: “When exactly did it all go wrong?”

Yeah so apparently taking your kids to follow Slayer around in a rented van for the summer isn’t ‘pretty much the same’ as camping. Or at least the judge and my bitch wife both agreed it wasn’t. Typical, anti-metal fan bias, man. So, yeah, I haven’t seen my son or daughter in eight years. But I have seen Slayer 20 times.”

2. “When I Carved Slayer into My Arm at School” -Chaz Miser

I was in class bored out of my fucking mind when I decided to carve ‘Slayer’ into my forearm using the sharp end of one of those circle making math things. Obviously, there was a lot of blood but the bigger issue was some of my students saw me do it. Some dweeb even puked and pissed himself. The school fired me and I’ve been unemployed since.

3. “When I Lost My Job and Then Was Diagnosed with Crohn’s Disease” -Teddy Lederman

I got fired from Pep Boys for giving away one too many tires to chicks I was trying to pork. A few weeks later I was diagnosed with Crohn’s which really sucks. None of that has anything to do with Slayer, but still, you know…..fucking Slayer!!!!!

4. “When That Cop Decided to Ruin My Life for Pretty Much No Reason” -Jeff Leebo

Allegedly, I ripped a toilet seat out of a truck stop stall and started beating some yokel, keystone cop with it. But I was blacked-out the whole time so who knows if that really even happened? And even if it did, how is that MY fault?

5. “When I Screamed ‘Sllaaaayyyerrr!’ or the First Time” -John Morgan

You know that superhero Shazam? Years ago I was home listening to my big brother’s CD of ‘Hell Awaits.’ I got so hyped that I screamed “‘Sllaaaayyyerrr!” at the top of my lungs. Then, through some sort of magical, or perhaps demonic force, I transformed from a prepubescent boy into a portly, shirtless, long-haired, middle-aged Slayer fan. Understandably, my mom thought I was a deranged longshoreman that had broken into the house. Ever since then I’ve been sleeping on the streets and seeing Slayer whenever possible.