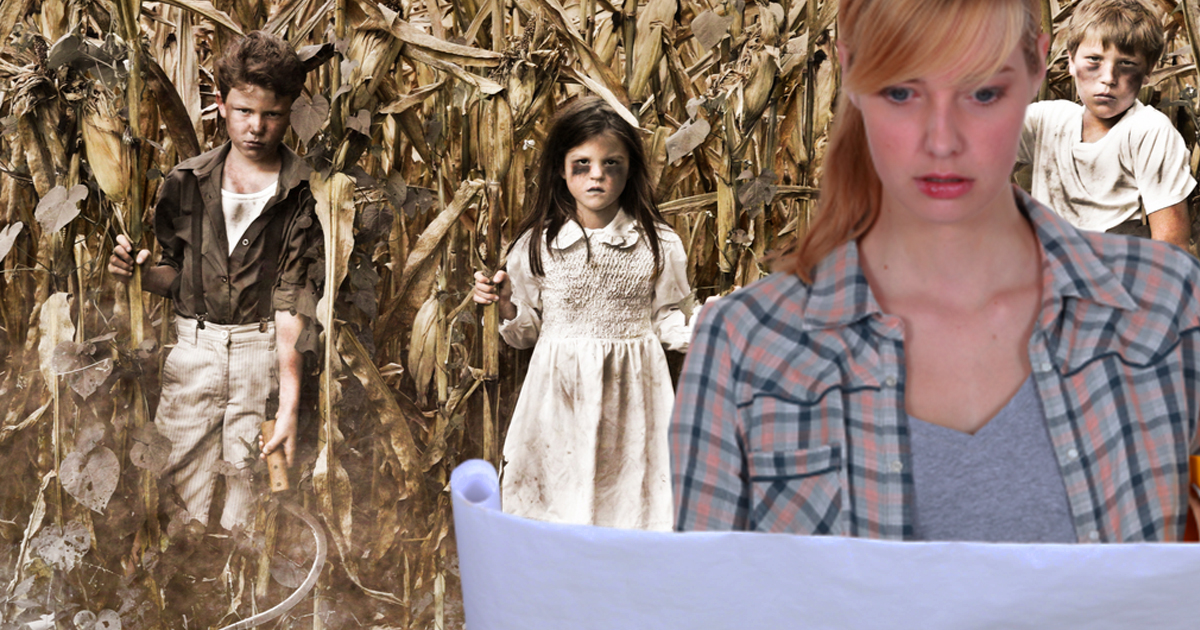 Look, we honestly thought this would be a great idea. Oh, just have some adorable little preschoolers draw what they think God looks like. It’s a cute idea! We fucked up and now we can’t blink without our heart rates spiking.

Monstrous, repulsive, vile, damnable, abominable, abhorrent, heinous, accursed, lamentable. None of these words will be able to accurately portray the horrors we witnessed on that day.

We know what you’re thinking. “How bad could it even be?” you ask, completely unaware of the demons these children house within their souls. It’s fucking bad man. In fact after a long editorial debate we have opted not to show you.

The images have already seared themselves into the deepest depths of our brains. There was a little girl named Samantha, who kindly offered to sell us some Thin Mints when we visited. She was the first to finish her drawing and she handed it over with an innocuous smile.

The ink still looked wet, almost as if the paper was crying due to the inhumanity it had been subjected to. Or maybe the page was bleeding black. A faint outline of a face could be seen staring back at you within that darkness. A face best described as half Uruk-hai, half Cannibal Corpse album cover, with a hint of one of those deep sea fishes that have light-bulbs on them.

Terrifying, right? And that was just the first drawing. It only got worse as more demonic children finished. Other nightmare-inducing drawings included:

These mere descriptions cannot convey the horror of the pages in front of your face. Even if we wanted to show you, we couldn’t. Mr. Zimmer, the school janitor, heard our visceral screams of torment and bravely threw the children’s satanic artifacts into fire. The kids started crying in unison, almost chant-like. Then one of the boys, Malachi, started pontificating a bunch about being “The bringer of his law” or some shit and we got the fuck out of there. Now you can’t even find that town on google maps, and that’s for the best. Just, let them have it. Forget about all of this. Trust us.