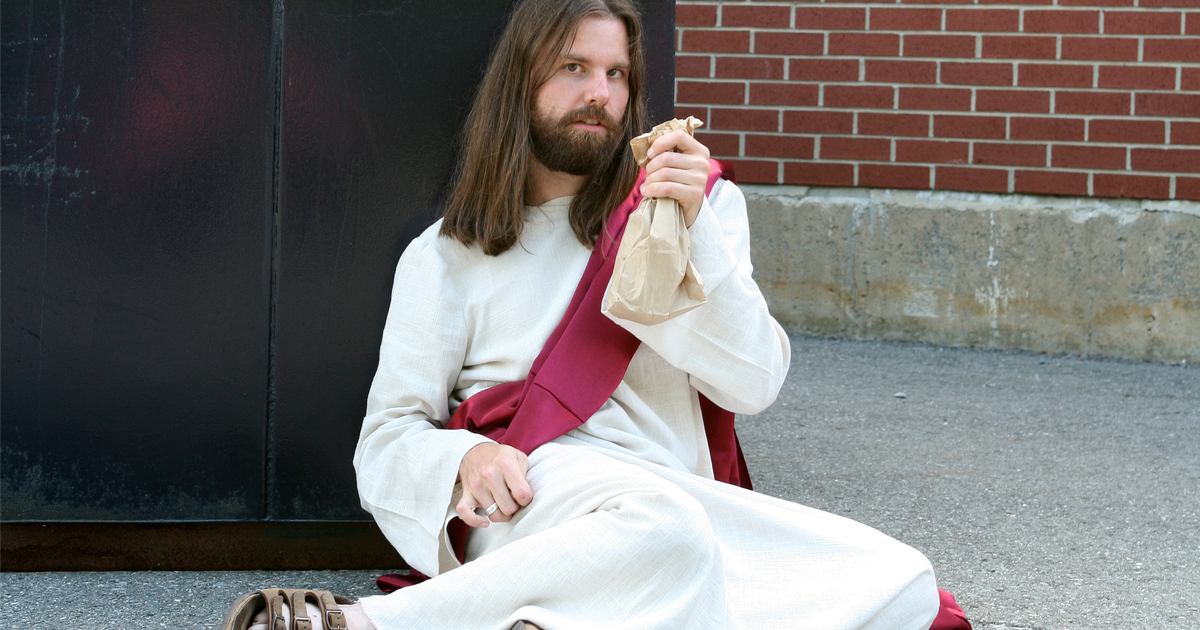 When I was deep in the throes of my alcohol addiction it felt like there was no hope for me. It felt like the whole world rested on my chest and the only thing that could lift the weight was the contents of a bottle. That’s when I found a friend in Jesus who helped me to kick the habit and shed that weight. Now I see that my friend is having some trouble and it’s my time to return the favor.

I knew things were getting bad when I last took communion and the wine transformed into blood, as we all know happens. Except the blood I was drinking actually contained more alcohol than the wine which was just transubstantiated. When I prayed to ask him about it he got all cagey and insisted he didn’t have a problem. He then made some statement about how only God could judge him. I then pointed out that I talked to his Father as well and he shared my concerns.

Honestly, I can’t blame him for taking up the habit. He comes down to Earth and tells everyone that they should love each other and practice pacifism. Instead, they crucify him and then spend the next 2000 years killing in his name. I wonder if there’s some survivor’s guilt because he got resurrected but all of those others didn’t. I can only imagine what those other people are praying for as well. How many people ask to win the lottery despite Jesus saying people shouldn’t love money? I doubt they plan to give it all away.

We tried having an intervention and I even got all of the archangels involved. Of course, when we asked him to sit down he threw a fit. He put the archangel Michael in a headlock, turned Rafael into a goat, and for good measure again rained fire down on the place where Sodom was located. Did you know that Pittsburgh used to be Sodom? Crazy.

Now lots of people like to blame the devil for their problems when they’re struggling. Good Lord Jesus knows that I did. However, I think it’s important we leave Lucifer out of this. He tried to tempt Jesus before and we know he has the ability to say no to the temptations of the devil. This is a problem that Jesus has to be willing to take on without blaming others. Except he doesn’t have to do it alone because I’m here for you Jesus. Let’s beat this together.