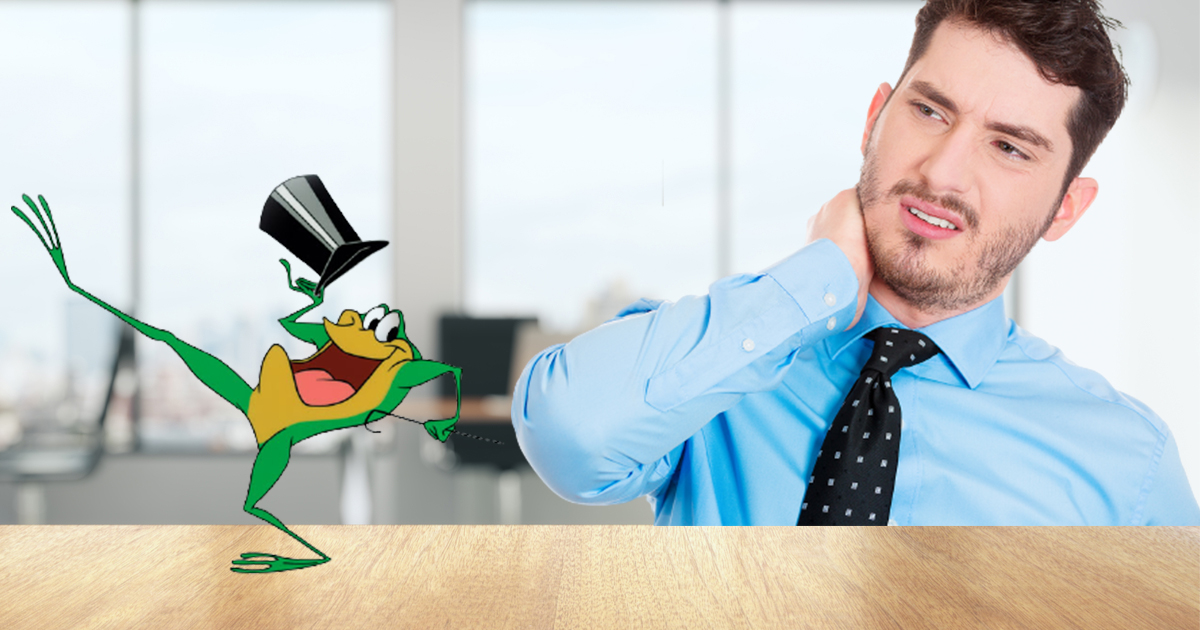 I’m not going to tell you his name. He remains a very powerful frog in the industry, and I don’t want to deal with the repercussions of calling him out directly. I will say that your best educated guess of the frog I’m talking about is probably the right one. For my purposes, I will refer to him here only as M.J.

Look, if the image of a frog with a cane and top hat brings someone to mind then yes, it’s that one, okay?

I met M.J shortly after I moved to L.A., which I would later learn from other victims (so many others) was kind of his M.O. when choosing a mark. He liked them fresh, young, and naive. When he heard I was looking for a creative partner, he showed me what he could do and I was blown away! I remember thinking, “A frog who can sing and dance? Hot dog! I’m gonna be famous!” That’s when the games started.

Audition after audition, M.J refused to perform. Here I was, ranting and raving about this singing, dancing frog, and what would the producer see? An ordinary-looking frog. I was humiliated. Then, the second whoever we were auditioning for turned away, out came the top hat and cane! I would yell, “Look, he’s doing it! He’s doing it!” And as soon as they were back, M.J. would stop and let out a “ribbit” just to make me look crazy. To add insult to injury, as soon as we were kicked out the door M.J would resume his song from exactly where he left off.

Okay, I’ll say he is a frog from Michigan. Does that help?

I began to doubt my own sanity. Every time I mustered the self-respect to say, “This is crazy, my needs aren’t being met, I’m leaving,” he would give me the same song and dance. Literally, a song and dance number. He would tell me I was his “baby,” his “honey.” He could be so sweet — when it suited his purposes.

When things would get heated, he would say, “If you refuse me, honey you lose me, then you’ll be left alone,” and God help me, I believed him. My self-worth was so low at the time, my reality so warped by his lies, that I truly believed no one but this manipulative narcissistic frog could ever possibly love a person like me.

Okay, he’s named after the place he’s from. I really can’t say more.

Over time, he became more controlling. He would always call me his “Ragtime gal” which I believe was meant to invalidate my feelings. If I was leaving town for any extended period of time, I was to send him a kiss by wire. Telegrams are something of a novelty these days, and an expensive one at that, especially if you need the delivery person to kiss a frog. Eventually I couldn’t afford to have a social life, which is exactly what M.J. frog wanted.

Okay fine. Yes, it was Michigan J. Frog, alright?! THAT Michigan J. Frog, yeah. I hope my story inspires others to come forward, but I am putting all this behind me. I already have a new creative partner, a talking dog. I just need to convince him to say his favorite ball player was “DiMaggio” instead of “Ruth,” as this sounds suspiciously like “ruff.”