Help! I Dropped the Gun but the New Tesla Is Still Saying I Have 20 Seconds to Comply! 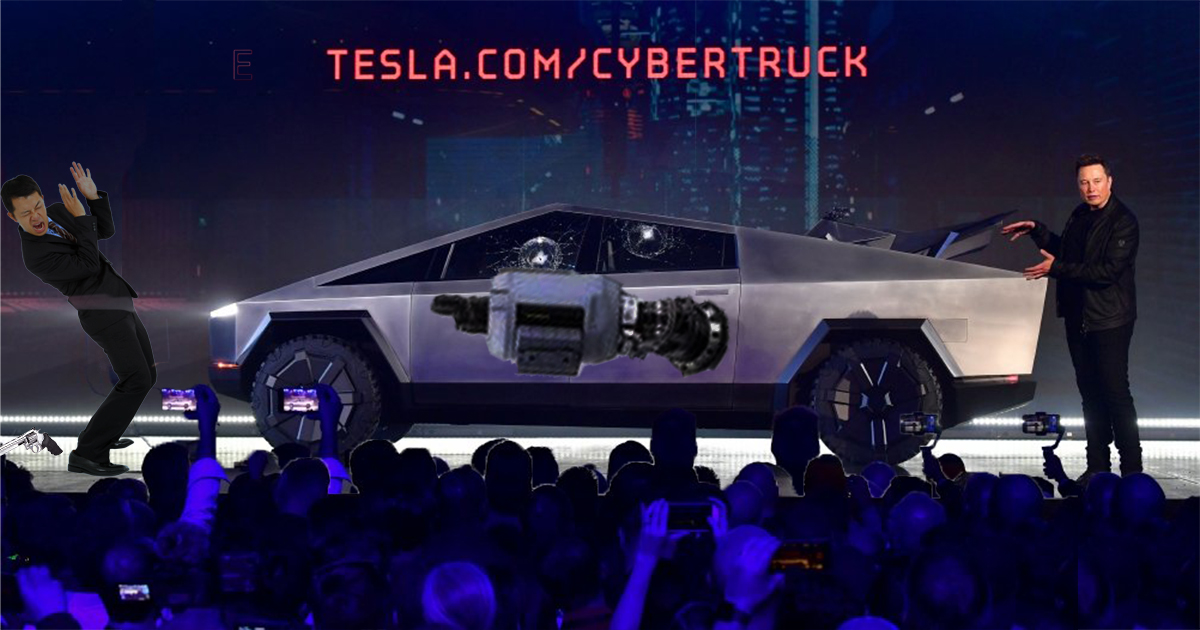 When Elon Musk asked me to point a gun at his new Cybertruck I thought he just wanted to demonstrate that the glass was bulletproof. Musk wasn’t too pleased when that metal ball broke them so I figured he was just doubling down. But as soon as I raised the gun he shouted, “Activate urban pacification mode!” and the damned thing sprouted these crazy sci-fi machine gun arms!

The car instructed me to drop the gun and told me I had 20 seconds to comply so, naturally, I complied. I put the gun down and put my hands in the air and guess what? It’s still telling me I have 20 seconds to drop my fucking gun!

Jesus Christ, I’m just an administrative assistant. I don’t want to die here! Why the fuck does a hybrid sports utility vehicle even NEED an urban pacification mode?! I’ve tried to tell this fucking thing I’m unarmed in English, Spanish, and Klingon but it still deems me as a threat. Fuck, this is like, a serious thing, isn’t it?

OK a bunch of people in white lab coats are rushing to the control panel, is that bad? They look scared. Oh fuck this is bad, isn’t it?

Jesus Christ, it’s voice is so scary! Why would they make it sound like that? Who is that for? They could have made it sound like literally anyone! If I was hearing the voice of Jeff Goldblum telling me I had 15 seconds to comply I would be way less freaked out. Hey, future truck, you’re pointing a machine gun arm at me- I’m already intimidated!

“Ten seconds.” OK, not great. Everyone seems to be pushing a lot of buttons very fast, but I don’t think that’s doing a lot. OK now some of the machines are smoking and shooting sparks, is that good? Nope. If anything they seem more concerned now.

“Five seconds.” Fuck! That print out thingy with the little needle that goes up and down is going fucking crazy! Should I run? I’m gonna run!

*EDITOR’S NOTE: Although Peter was shot roughly 200 times by Cybertruck, researchers at SpaceX managed to save his brain. The brain will be placed into a cybernetic body so that Elon Musk and Grimes can make sex with it.