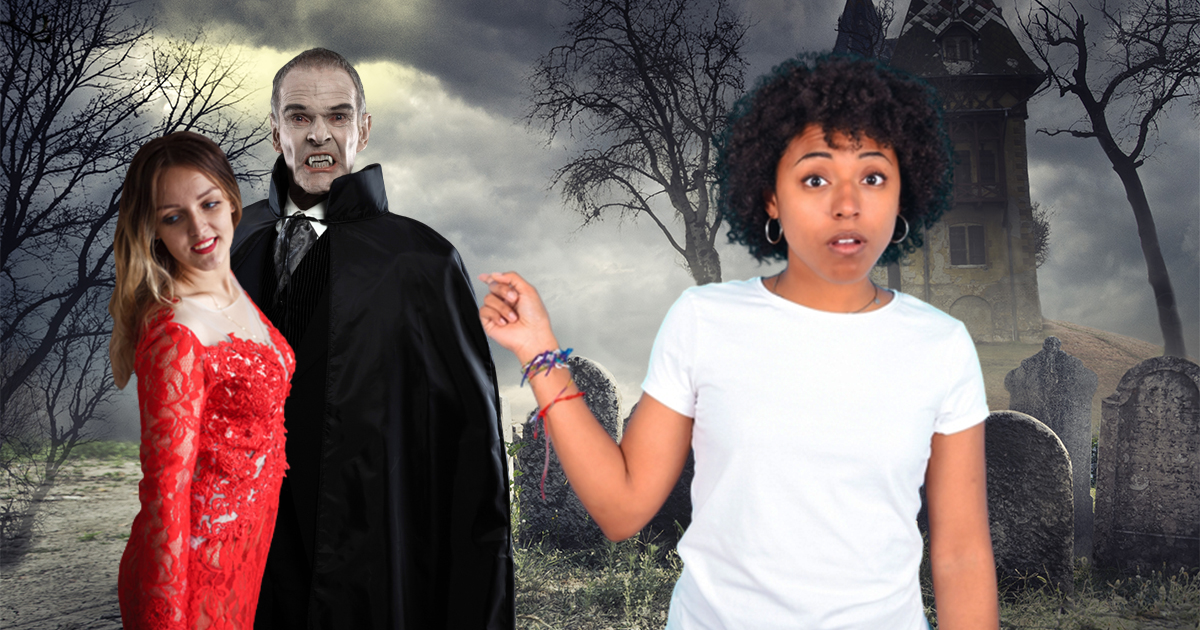 Girl, you know I want to see you happy. You deserve it. You deserve gold-plated diamonds, dogs made out of money, and that promotion you’ve been talking about. We’ve been best friends since kindergarten, and even then, you had the worst taste in men. But this guy is wrong for you. As your friend, I just need to say: girl, your boyfriend is clearly a Dracula. Dump him already!

Seriously, girl. Have you even seen that man of yours? His fangs are like a mile long! That dusty-ass black cloak he’s always wearing hasn’t been laundered in a century, I promise you that. And his weird claw-nails are always gross as hell, especially when they are framed in shadow against a staircase as though he is prey on not just bodies, but souls. Never date a man who has worse nails than you, girl.

Pardon me, but that deserves a round of finger-snaps.

Remember when he got mad at that waiter at Olive Garden who didn’t bring him four olives in that disgusting dirty martini he always orders, so he bitched him out and asked for the manager and then drank his blood because he wouldn’t give us a discount? Then he howled so loud that a pack of wolves surrounded the Olive Garden parking lot and he tried to say it wasn’t some big as fuck dogs, but “music of the night?” Not classy, girl. Not classy at all.

Yeah, I know he got us our appetizers comped because of that, but that doesn’t make it cool, girl. It just makes his Transylvanian butt cheap.

And what’s up with that giant-ass medal he wears all the time? What, did he win an award for most scrub-ass Dracula? It is straight-up peacocking that he always is strutting around with that, boasting that Vlad Tepes cried when he didn’t get invited to his birthday party, acting like that Van Helsing guy didn’t beat his ass when he caught him sleeping in his filthy crypt.

Girl, I do not know how you were able to get it on in a coffin with that Dracula loser.

You know what? I heard that Wolfman is single. Let me introduce you! He’s a beast, girl!