ACAB Including the Scooby Gang 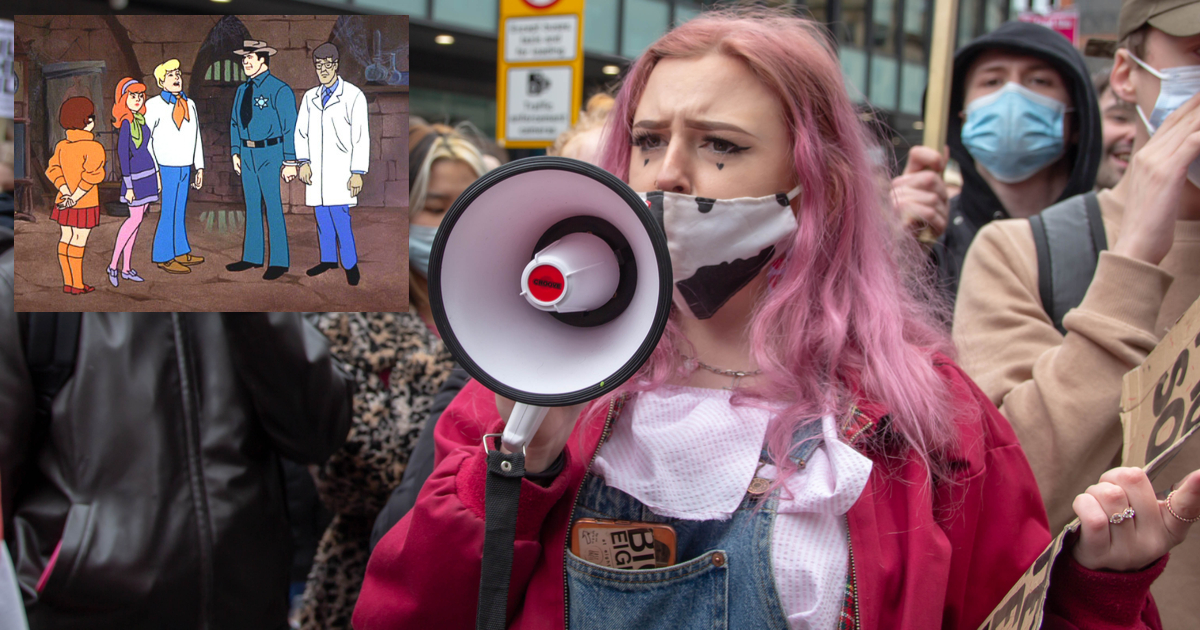 Well lookie what we have here. The Mystery Machine and its group of do-gooders. Running around, looking at clues, and chasing supposed “monsters.” It’s time we take a hard look and admit the Scooby Gang is just a bunch of fucking cops.

While they may not be badge-carrying members of law enforcement, Scooby and the gang sure like to get cozy with the local pigs in small towns. That alone makes them bastards, at least. At their absolute best they are still a coordinated group of snitches.

But it’s actually much darker. They’re operating as a private party mercenary group that isn’t beholden to the same rules as local law, making these meddling kids far more dangerous to our civil rights than even the police. Hell, we never saw how Fred actually dealt with those interrogations. These bastards have COINTELPRO written all over them.

Just take a look at Shaggy Rogers. This supposed dipshit walks and talks like some sort of beatnik, but then pals around with the cops on a first name basis. Clearly a drug informant. Oh, what? Him and the dog are rumored to be supposedly smoking pot in the back of the van? That’s exactly what they want you to think.

Before you start in with some bullshit about how they always arrest old rich white guys or whatever, remember that we never saw how sentencing was carried out. We know how this broken justice system works. Those guys probably got time served for the damn squad car ride from the haunted amusement park to the police station. There’s no justice being laid upon the feet of those assholes. Rather than sending those guys to comfy Club Fed, a real Scooby gang would have dealt with that shit on the street.

So next time you shout, type, or spraypaint “ACAB,” remember that this system won’t be truly just until we eradicate all of its enforcers. From the brutal tactics of ICE to the wolf in sheep’s clothing of the Scooby gang, oppression is the real monster in the shadows.