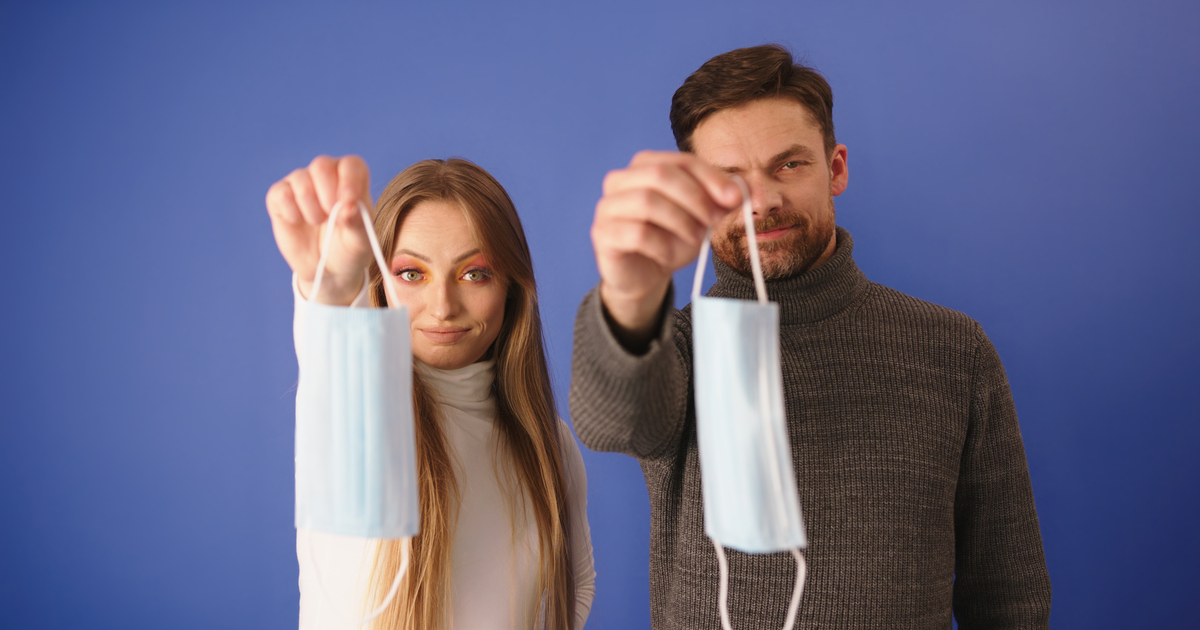 This pandemic has been hard on all of us, especially those of us who believe it’s all one big liberal conspiracy to get me to sign up for Obamacare when I’m perfectly happy with the insurance I get through the Affordable Care Act. I’m doing my part as a patriot by making no attempts to comprehend why some dorks stress the importance of covering their germ-hole during a pandemic. I just don’t get it! Speaking of which, here are five other things anti-mask people like me will never understand:

Emotional Intelligence
Every time I walk into a Walmart and an employee kindly asks me to wear a mask, my “fight or freedom” response kicks in and I immediately escalate the situation to a ten. You might’ve seen me in one of those clips throwing a violent tantrum as if I was a liberal snowflake wanting something selfish like avocado toast or equality for all. Honestly, we anti-maskers just don’t understand how to calmly and succinctly communicate the talking points we learned from Fox News. So we belligerently yell them, which we also learned from Fox news.

Science
Some big shot science nerd spends their entire life studying one incredibly specific topic like infectious diseases and I’m supposed to call them an expert? I don’t get it. I mean, I literally learned that masks don’t do a lick of good from a few YouTube videos, which were clearly peer-reviewed in the comment section. Who looks like a fool now?

Empathy
Evidently, you should wear a mask to protect other people??? That’s the same bleeding heart bullshit libs give me about wearing a condom so I don’t spread the raging hellfire that is my gonorrhea. Everyone knows condoms are only 98% effective and sexually transmitted diseases are spread through 5G networks. Plus, my dick can’t breathe while wearing a condom! How about you wear the condom if you’re so concerned with public health?

Data
Does the CDC even have data to support the claim that wearing a mask significantly reduces the rate of transmission? I haven’t checked. Regardless, should we even believe data? Facts are scary. And we all know who controls the facts: Big Science with their secret agenda to spread misinformation like how the Earth is round and that the Sun doesn’t revolve around America.

Teamwork
According to Fauci, if everyone wore masks and practiced social distancing this whole thing would blow over in a handful of weeks. Yeah, but that’s like saying if two students were assigned a group project they should both do their part. But if you read the Ayn Rand Wikipedia entry like my economics professor who told me about it did, you would know that selfishness is the real virtue. I’m just saying, if we were all a little more self-centered we could unite as a country and ignore this pandemic together.