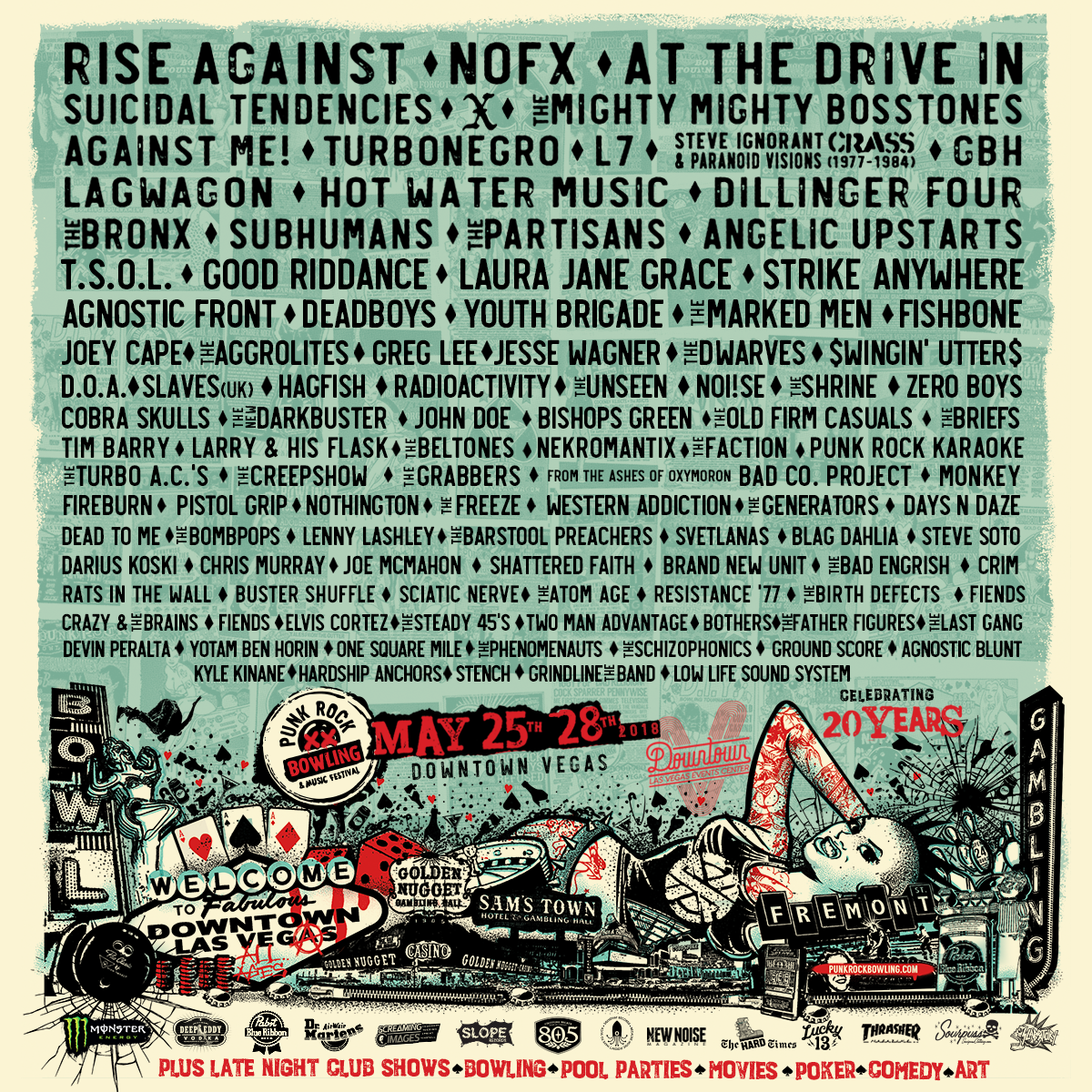 LAS VEGAS — Local punk Jenny Klepski’s eyes were badly strained last night by focusing on the small print lineup at the bottom of a poster for this year’s Punk Rock Bowling festival, a source close to the incident confirmed.

“Yeah, I know it’s a big show and whatever, but I guess I sort of just got used to darting my eyes straight to the bottom of those flyers and squinting super hard to find out if there’s anyone I might actually wanna see play,” Klepski explained. “I thought I’d done it enough to not hurt myself, but here I am.”

Klepski, now well-practiced at skipping right past the headliners to see bands she “could probably pay $5 to see at some a local show anytime, but whatever,” prepared to view the Punk Rock Bowling poster by scanning the smallest print on anything she could find.

“Newspaper photo credits, old and handwritten liner notes from screamo CDs, Apple product user agreements — all that stuff really helps train my eyes,” she said. “I mean, if I’m gonna drive into the city and spend $150 on a weekend pass to see a few bands, I need to make sure I could be the only one watching their set, since it might be scheduled to conflict with NOFX.”

Despite her rigorous training, however, Klepski admitted herself to a local hospital after spending 20 minutes intensely squinting and reading the poster’s four-point font.

“She came in complaining that she was ‘basically blind now’ and that ‘all acts on a festival bill should get the same billing, no matter how famous they are,’” said emergency ophthalmologist Dr. Amit Sharma. “Ms. Klepski did hurt her eyes a bit, but she’s basically fine. Honestly, though, I’m a little more concerned with her decision-making abilities than her eyesight. I just can’t believe that anyone wouldn’t care that L7 is gonna be there. I mean, it’s L7.”

At press time, Klepski was pressuring nearby nurses to “just take five seconds” to listen to a demo of covers by Agnostic Blunt before revisiting the flyer and asking where she can “…find more info about this ‘and loads more!’ thing down at the way bottom.”