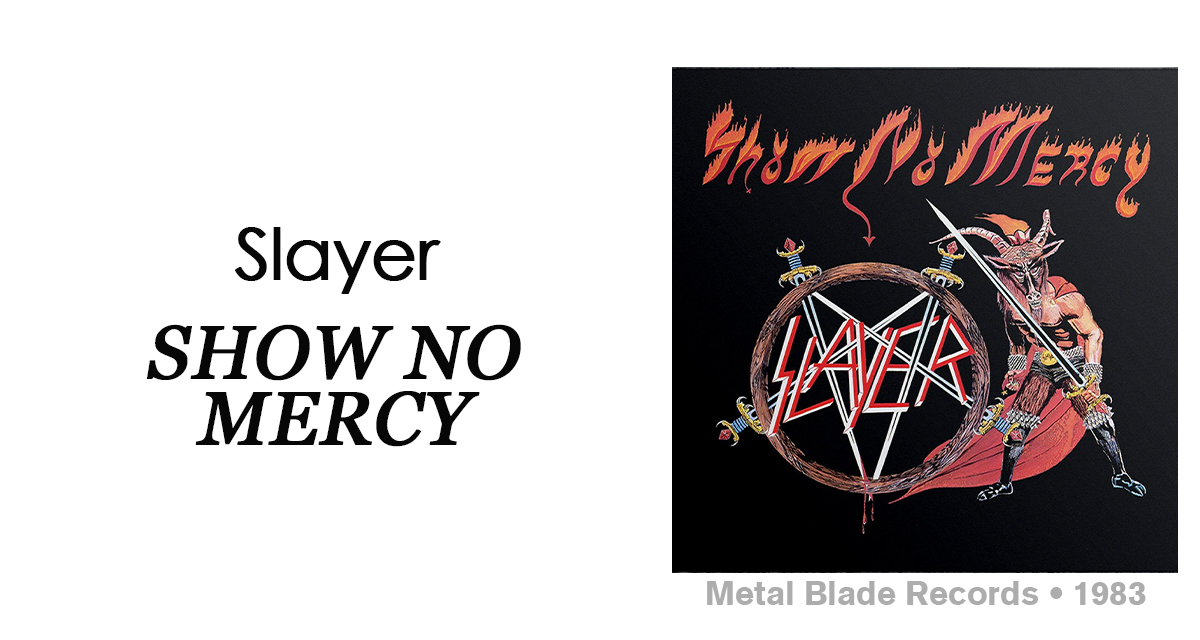 Each week The Hard Times looks back on a classic album. This week we reviewed Slayer’s “Show No Mercy” because we decided to try cocaine again.

And man, we gotta tell you, this album fucking rips! Like, whoa! We don’t know what it was that made this record slap so hard for us but something about listening back to this… wait one second, we got an idea for a screenplay. Never mind, it’s gone now.

So, the album. What the hell can even compare to this fucking epic shit? Like, just the way Kerry King’s guitar is all weeeeee weeeeee wooooo weeeeee, woooooo woooo wooooo, scredily dee scredily dee, whamp whamp whamp!

Actually, didn’t this band used to have a different bass player? We’re gonna Google it real quick. Wait, how do you spell “Slayer?” Is it with three ‘y’s? How do you make an umlaut on an American keyboard? Whatever, we forgot what our original question was anyway.

Man, this album is heavy. Not as heavy as rocks though. Rocks are notoriously heavy.

Hey how many pushups do you guys think we could do right now? Probably like a hundred. With one arm behind the back. And the other arm behind the front.

What are you looking at? Stop looking at us. What are we, the cover art for “Show No Mercy?” That’s something to look at! But seriously, if you don’t stop lookin’ at us we’re gonna punch you square in the mouth. Wanna test us? Keep looking!

You know we haven’t talked to Bryan in a while. You all know Bryan right? Maybe we should call him right now.

Oh shit. We’re feeling kinda woozy all of a sudden. Whoa, what happened? We think we need to go lie down for a bit.

Uh, yeah, Slayer. It’s, uh, good. Whatever. The album stopped playing like two hours ago and we still haven’t been able to agree on what to listen to next.