Opinion: We Wouldn’t Have an Abortion Debate Today if Roe and Wade Had Just Settled Things in the Octagon 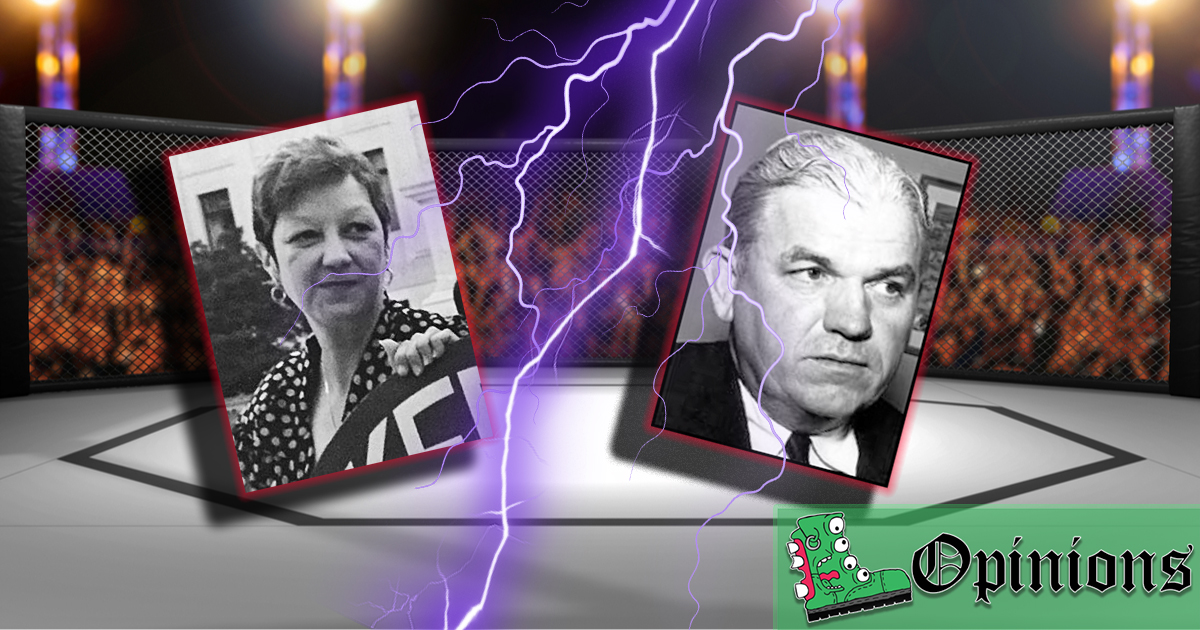 In 1970 the case of Roe vs. Wade was brought before the Supreme Court. After a nearly three-year trial and appeals process, the court made a landmark decision legalizing abortion in the United States. After 48 years, that decision remains the most contested ruling the court has ever made, and why? Because abortion is too big to be decided “by committee.”

There would be no abortion debate in this country if, all those years ago, Roe and Wade had been allowed to settle things in a no-holds-barred cage match. If Americans could only have seen these two champions square off toe to toe, they would have accepted the outcome.

You can’t blame Americans for being conflicted over abortion when they were denied the chance to see these two titans duke it out for the big W, settling the matter once and for all. An issue this big speaks to man’s most primal instincts, and primal problems need primal solutions. If it had simply come down to who wanted it more, the heart of the nation would have been won over.

Sadly our need for cage-justice was never appeased, and we are left with a nation divided.

Oh, you think a winner-take-all sludge match between a then 56-year-old man and a then 23-year-old mother of three isn’t fair? Let’s take a closer look at our competitors, shall we?

As you can see, both fighters have an extensive background in a discipline of martial arts (unconfirmed) and both fighters WANT IT. Forget U.S law, this fight could have been the most magnificent spectacle the world has ever seen! Just think of the marketing possibilities!

The Hubris for the Uterus!

The Rumble for the Rattle!

The Thriller on Capitol Hiller!

The Spectacle from the Testicle

Truly, the mind reels. What I’m proposing is simple. We build a time machine, or clone Roe & Wade and implant them with the appropriate memories, whichever is cheaper. I’ll handle the venue, promotion, and licensing for the match. The mob gets involved. Wade agrees to go down with a shot to the nuts in the third. Everyone’s cool with abortion and I clear a cool 10 million.

I’ll level with you, my only other client is Mike Tyson so I’m sort of banking on this.