Opinion: We Need a Prog Metal Concept Album About the Dangers of Technology! 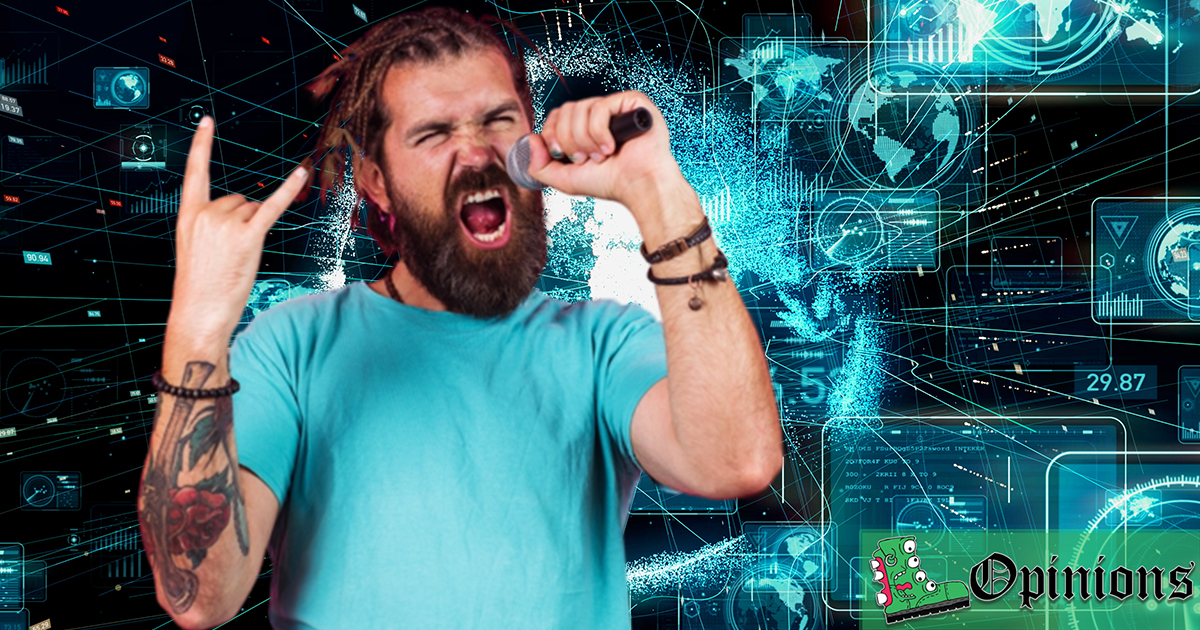 I’ve been a huge progressive metal fan since the 7th grade when my very confused great aunt bought me Dream Theater’s “Octavarium” instead of the Meet the Fockers DVD I asked for. It’s a wild concept album about the number 8 or stop signs or mixed martial arts, I’m not sure which. But when revisiting that album recently, I realized that someone needs to finally write a concept album about the ills inflicted upon society by rapidly advancing technology.

Why hasn’t anyone ever done this? So many great prog metal bands out there seem to avoid the topic. What are you doing, Queensrÿche? Meshuggah? Symphony X? You could write about genetic modifications or that time Google killed the Google Reader RSS program. But fine, leave a platinum record on the table if you wish.

Maybe I need to write this album on my own. I’ll call it… Mission: Thoughttheft. It’s about, like, government surveillance, Instagram giving people body dysmorphia, and big tech eroding the idea of objectivity and truth. Our protagonist (me) is smarter than everyone else and can see the chilling effects of technological dependence. The people won’t listen because they’re too stupid, but he persists. He fights off the robot horde, finds the big mainframe, and headbutts it to Hell where Satan kicks the shit out of it for eternity.

Oh, and the final track is about how Apple took away the Home button and replaced it with a gesture. Is there a better example of technology sucking total ass? I think not.