Opinion: James Hetfield Is a Total Pretentious Asshole Who Sues Anyone Who Breaks Into His House 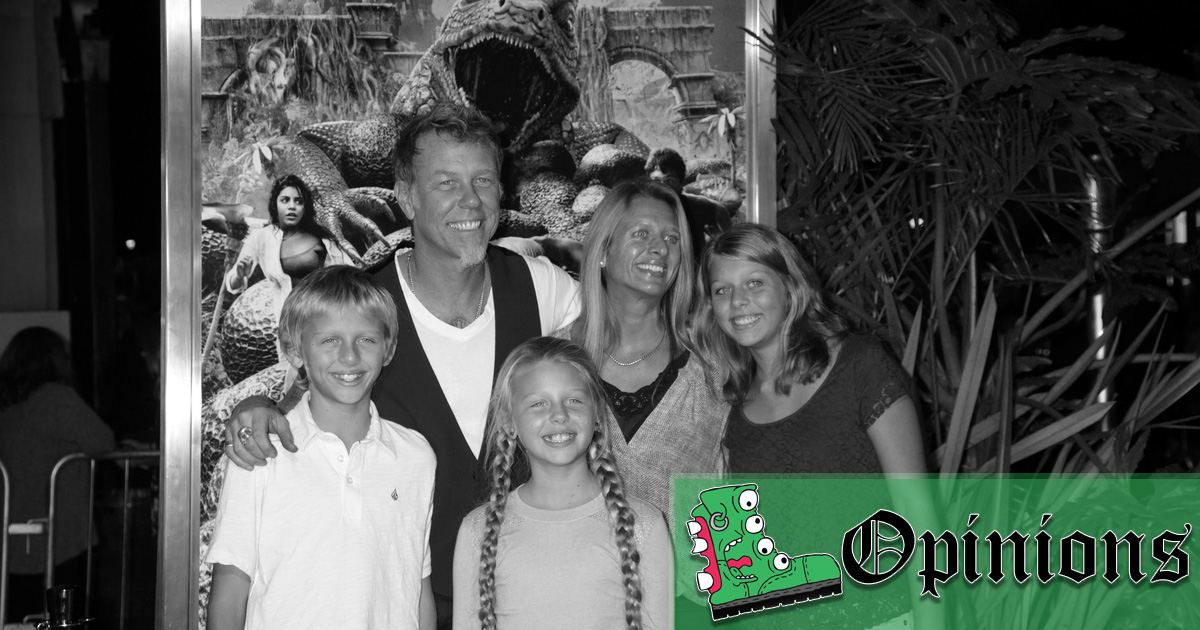 Never meet your heroes. Everyone seems to have a story about an awful encounter with a celebrity, but I have always given a person of notoriety the benefit of the doubt when it comes to encounters with their fans. It must happen all the time and they could just be having a bad day.

That being said, my encounter with Metallica’s James Hetfield, a man I once called my hero, really showed his true colors to me. The man will fly off the handle, call the police, and have you arrested just for breaking into his house in the middle of the night.

For shame. This pretentious asshole thinks he’s better than the rest of us.

This supposedly big tough metalhead that loves to party becomes a whiny little baby when he is trying to pry away the guitar or child of his you have taken as a souvenir. Do you know how rich this guy is?! And he gets all upset about losing one guitar or first born son!

Okay sure, I’ll admit trying to take some of his wife’s clothing was in poor taste but he didn’t have to call me a pervert and press charges. I’m sure he’s kept a few mementos from groupies during your life on the road so what’s his deal? He’s unreasonable too. I told him I already have two strikes against me but he wouldn’t listen to reason.

One thing the police report won’t tell you is that I brought a sixer of Coors with me to share and, you know, talk about life and stuff. I was gonna bring whiskey too but I finished that off in the car before I came in.

I tell you one thing, I bet Axl won’t be such a primadonna when I visit him next week.