Opinion: If Musk Was a Real Maverick He Would Shoot Heroin on Jordan Peterson’s Podcast 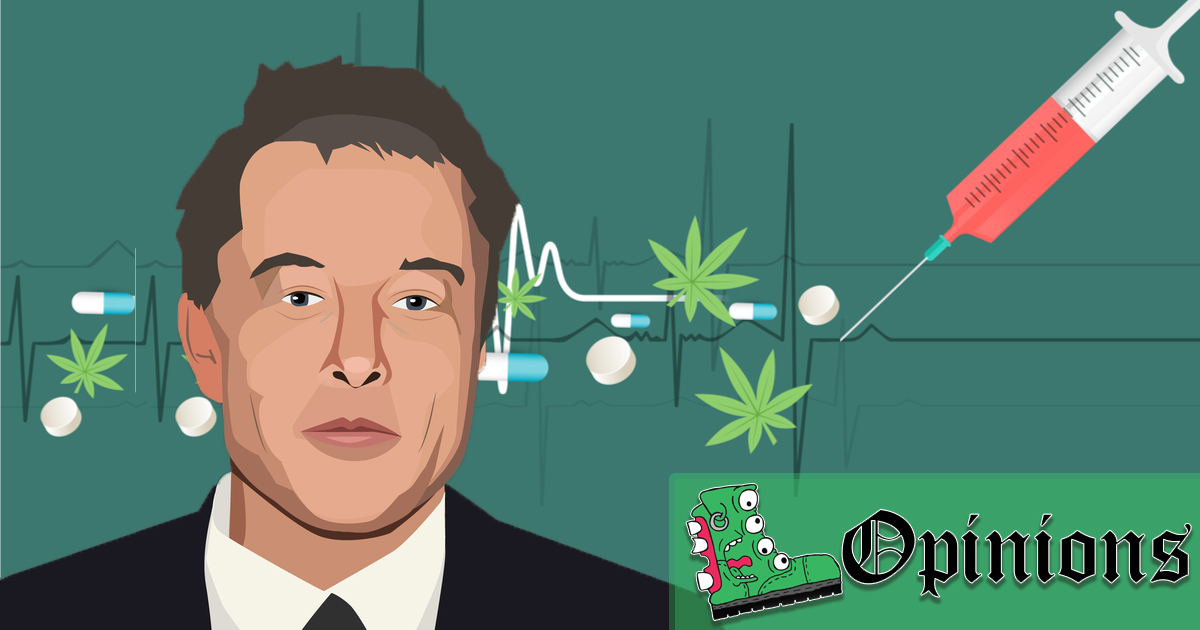 Remember when Elon Musk smoked weed on Joe Rogan’s podcast? Yeah you do, but BARELY. If you had to take even a moment to remember, it proves Musk is not a real maverick. How does he expect to go down in history as the world’s wildest billionaire if he’s going to do something so mundane as smoke weed on a podcast that’s literally sponsored by weed? Oh yeah, REAL DARING STUFF THERE, MUSK. Look we’re all thinking it- If Elon Musk really wanted to go down as a maverick, he will go on Jordan Peterson’s podcast and inject heroin directly into his veins.

He doesn’t even have to do that much heroin! I mean he barely smoked any weed on JRE anyway. It’s not about getting high, it’s about being memorable. Just shoot a little smack, Musk. Just a lil squirt. You probably won’t even get a crippling addiction. And even if you do, who cares?! It’s not like you can’t afford it!

I mean, that’s what Nikola Tesla would have done… just saying. Hell, Tesla probably would have smoked meth on Pete Holmes’ podcast and then Pete would have finally found someone to match his energy.

Okay fine, let’s go a little lighter then. Maybe take Viagra with Marc Maron. That’s not as extreme of a drug but it’s certainly what a maverick would do. I’m fairly confident Maron’s show is sponsored by dick pills anyway. If not, it should be. Hearing a man in his 50’s talk about sex for 15 minutes prior to every interview certainly kills my boner.