Opinion: I Just Want Things To Go Back To Normal and Stuff a Chicken and a Duck Inside a Turkey’s Asshole 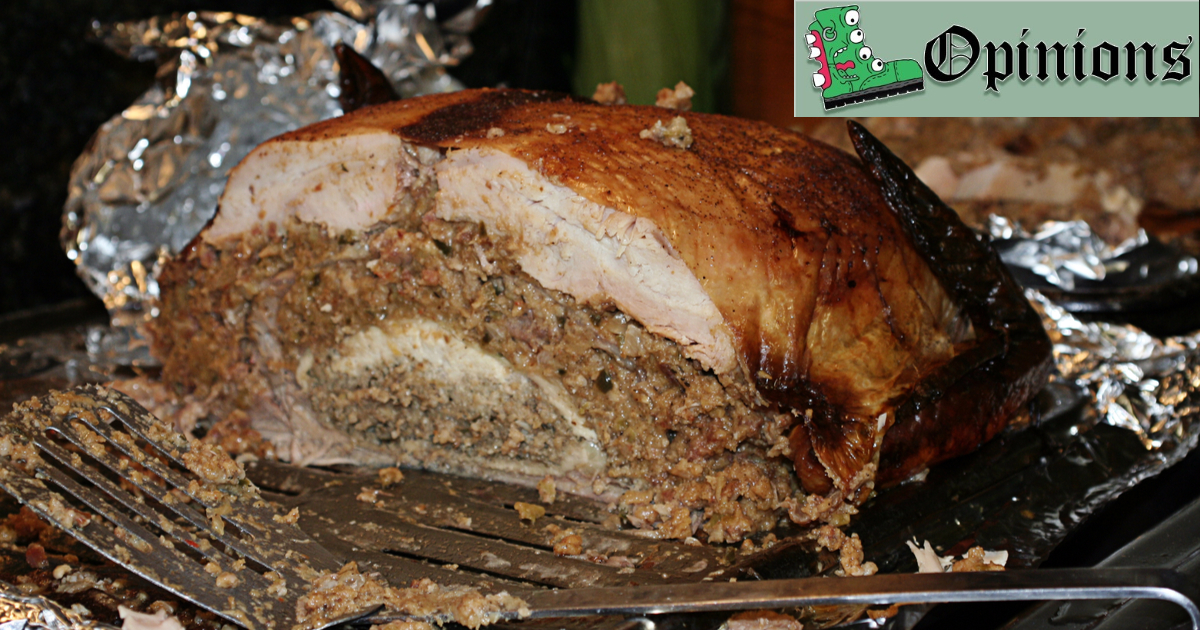 It’s safe to say that COVID changed everything. Life as we used to know it feels like a distant memory and it’s hard not to be nostalgic for the way things were, especially at a time when the entire world gathers to pick a side based on where they grew up and cheer on the utter destruction and degradation of the other. And much like the election, the Super Bowl will look a lot different this year. But personally, all I care about is when I can finally go back to my yearly tradition of stuffing a chicken inside of a duck and then shoving that unholy duck-chicken combo inside a turkey’s asshole.

Just think, last year at this time we were all gathered around the TV drinking beer, while I’m in the kitchen, carving into a deep-fried poultry abomination and performing crude act-outs at guests. Now we’re too scared to go outside without a mask on let alone recreate The Human Centipede but with three different birds. Can we really even call this living? This whole situation is giving me serious “The Road” vibes.

I understand things are serious right now with COVID still raging, but I can’t be the only one who still wants to hang on to some semblance of American normalcy. We’ve already lost movies, concerts, and being shitty to waiters, and now I can’t even use a sport I kind of understand as an excuse to get drunk and assemble a horrifying monster that embodies all the sins of man?! This is not the America I remember. In that America, we could watch two football teams compete (WITH FANS IN THE STANDS) while eating both their mascots in one delicious hy-bird.

It’s time to get back to the way things were when we weren’t living in lockdown and afraid to exert our grotesque dominance over poultry. We need to stand up as God-fearing, bird-hating Americans and say “NO MORE!” No more fear. No more restrictions. And most of all, no more birds that aren’t cooked inside other birds!

If we’re ever going to get back to normal, we’ve got to move forward, not backward. And the only way to do that is to gut a dead chicken, jam that fucker inside a duck’s corpse, then grease it up and slide the whole thing up a turkey’s hollowed-out asshole. It’s time to cook up a hot, juicy batch of freedom, and buddy, I’ll see you in line for seconds.