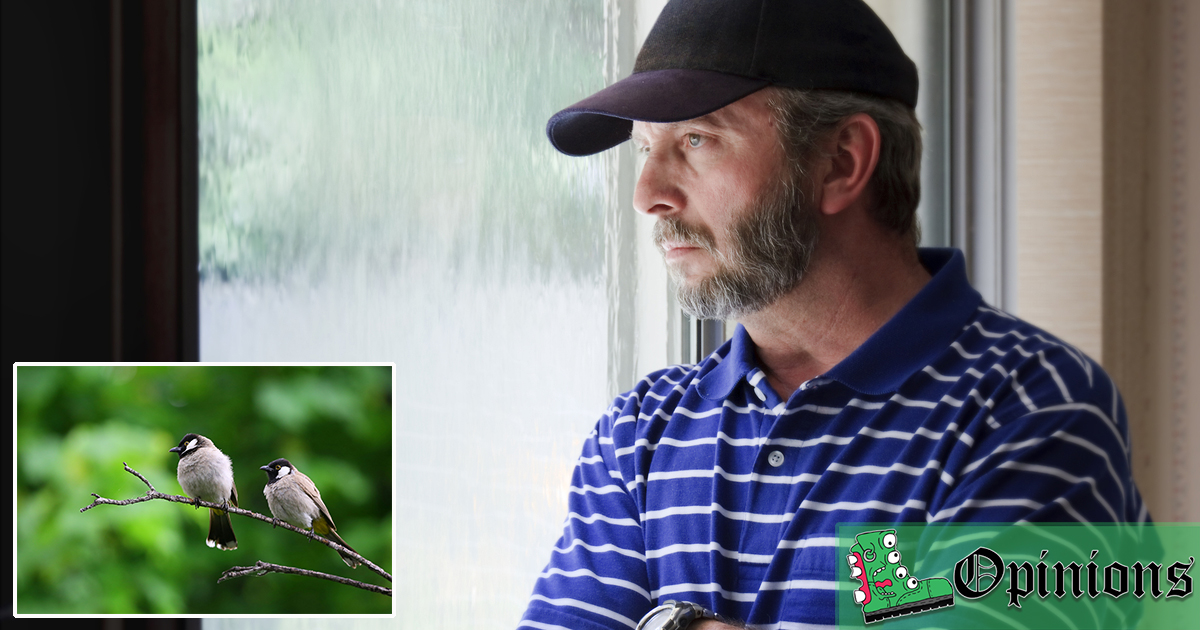 Some people climb rocks for fun. Others pass time crafting needlepoint creations. Still, others like to observe birds.

This last group is a bunch of morons. Why? Because birds fucking suck.

They’re loud, they’re filthy, and occasionally they shit on your head. Why do they get a pass? I’m so tired of people making excuses like “C’mon man, they have tiny brains.” So does everyone in the band Trapt, yet I don’t want to punch them quite as bad as I do birds.

What I wouldn’t give to be able to climb a tree and shit directly into a bird’s nest to avenge my 2011 Mazda3. Park under a tree for 2 hours and you come back to a scene from a John Waters movie. How is this ok?

People think parrots are cool because they can recite phrases. Well, I found a video of a cat saying “I love you”. So, until I see a parrot pull off some dope lighter tricks, color me unimpressed.

The goth poser of the bird world is certainly the raven. They’re no different from crows, yet they want everyone to think you are.

Pigeons? I would sooner snort Post Malone’s beard trimmings than touch one of those nasty floating hepatitis C factories.

Don’t even get me started on seagulls. Compared to those squawking hobo trash eaters, Fran Drescher sounds like Adele.

And when did people suddenly start getting hard-ons for penguins? They’re just overdressed, obese birds who can’t do the one cool bird trick of flying. I bet if you were on a road trip with a penguin, it would ask to put the AC on even though it’s like 42℉ outside.

I don’t even like people named Bird! Larry Bird, Big Bird, they can all get fucked! Fucking Birds. Dumb.