Opinion: Bruce Springsteen Should Be Allowed To Drive Drunk 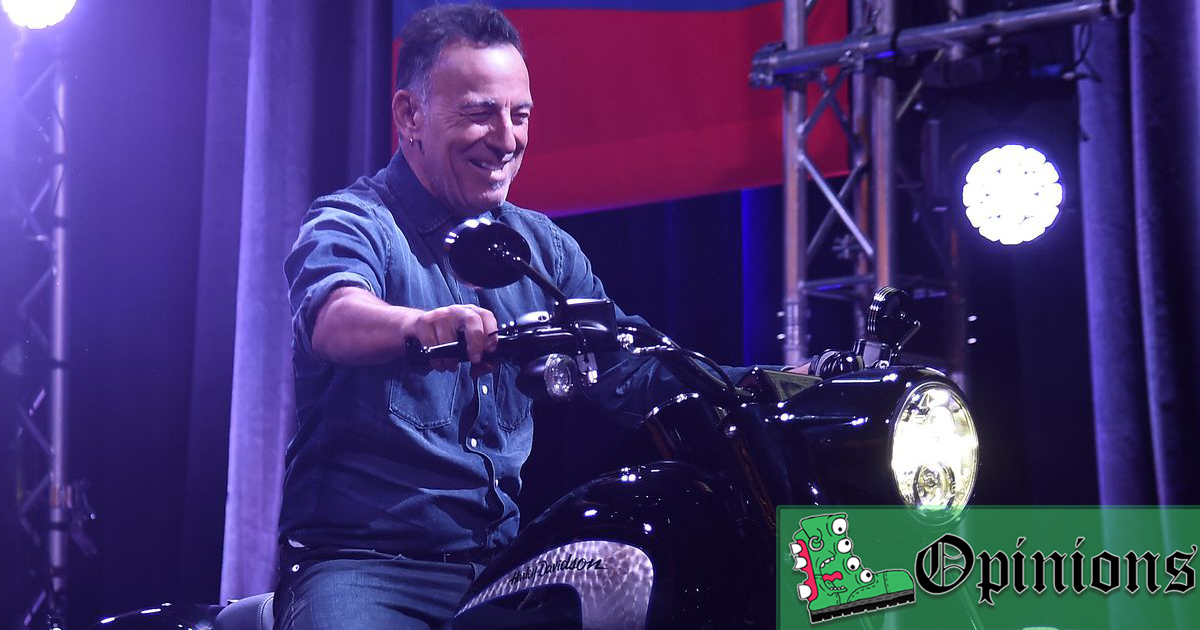 As time goes on, I realize America isn’t the country I once thought it was. I honestly believed that work ethic and ingenuity would get you far. But nope, it’s all a sham. A big fat lie.

How do I know? Because Bruce Springsteen was arrested for taking one measly shot of Patron with some buds before hopping on his motorcycle to ride off into the night. Probably to write his next masterpiece. And goddamnit, if an American has earned the right to bend or break a few laws, it’s The Boss.

Let me be clear: I am not advocating for drunk driving. It’s morally and ethically reprehensible. I don’t think anyone should do it. Unless you wrote Born to Run, Nebraska, and Born in the USA. In that case, you get a few free passes to do whatever you want. You created “I’m On Fire”? Cool, you earned a couple of arsons, on the house.

And hell, he was riding a motorcycle! It’s not like he had some innocent bystander wrap their leg’s ‘round his velvet rims and strap their hands across his engines. Bruce was only endangering himself, and barely at that. If anyone could survive a horrific motorcycle crash, it’s The Boss.

And just to further emphasize that I am anti-drunk driving, anyone involved in an accident with a shitfaced Springsteen should be arrested and have their sentences doubled automatically.

His concerts are sometimes 4 hours long. Think of the sheer amount of joy he brings to fans at his shows. So maybe he takes out one or two on the ride home? I personally would be honored to have the hand that strummed “Atlantic City” end the lives of me and my family. God forbid he sip on a Miller High Life while cruising down the Garden State Parkway after a long night of belting anthems for the everyman.

Bruce Springsteen is a broken hero on a last-chance power drive and if he wants to have a few before riding through mansions of glory on suicide machines, that’s his business.

We let Donald Trump commit multiple acts of literal treason without so much as a slap on the wrist. What has he done for the culture besides ruining Cheetohs for a while? Nothing. He hasn’t earned the right to break the law.