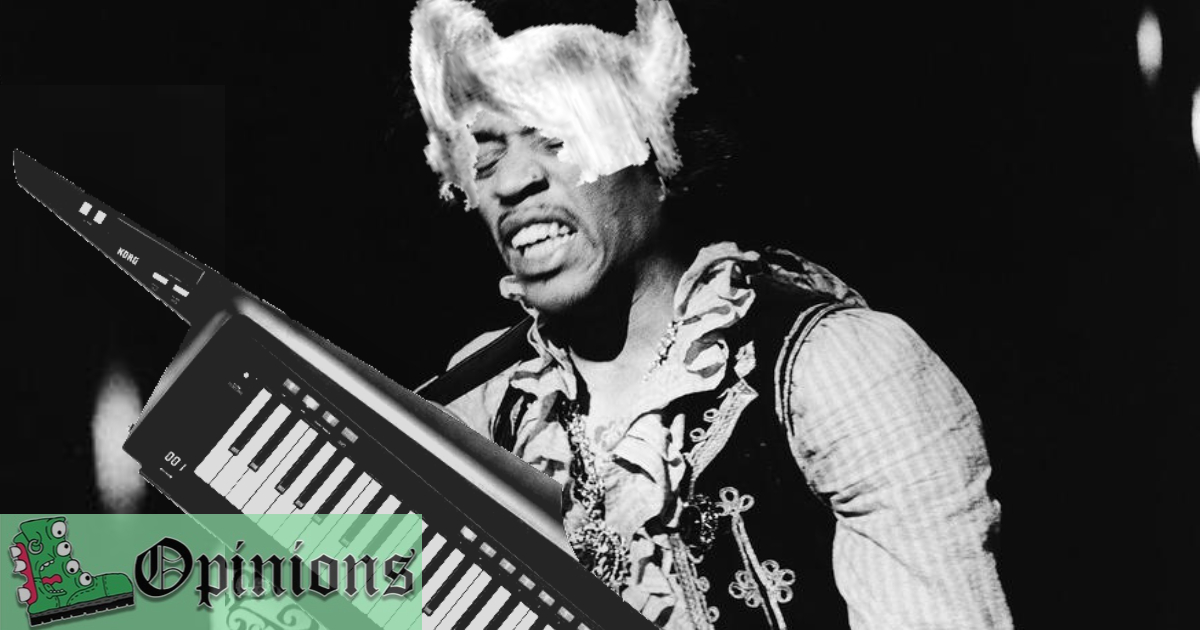 It’s always a tragedy when a monumental artist is taken from us too soon, but in my opinion, none of these losses are more tragic than losing Jimi Hendrix at the age of 27. Just imagine if he had lived. The world could have gotten so many more recordings, so many more concerts, and so many more beautiful, soulful songs written by one of the greats. But what breaks my heart more than anything is the fact that we never got an immensely shitty synth record from Hendrix in the mid-’80s.

When I close my eyes and envision what that record might have sounded like, I can’t help but shed a tear. For both the world’s incredible loss and for how godawful it would have sounded.

Try to picture it for yourself. Bring to the forefront of your imagination everything that made Hendrix one of the greatest guitar players to grace this world: the flawless technique, the raw power of his fiery playing, the deep soul embedded in every note, and the absolute wizardry that brought all of this together. Now throw all that out the window and replace it with repetitive drum loops and synth pads that sound like they were made with a children’s toy. That is what we could have had. That is the depth of this tragedy.

Of course, it’s never a given that artists will go on to make memorable music in their later years. But looking at the greats from his era who lived on and did, it’s hard to imagine that Hendrix wouldn’t have followed suit. Incredible musicians and songwriters like Jefferson Airplane, Fleetwood Mac, and Leonard Cohen, just to name a few. Jimi would have surely followed their lead by making iconic music and also a really shitty synth album in the ’80s.

Hell, Van Halen wasn’t even around in the ’60s and they still stepped up and made a sonic war crime against their legacy with synthesizers. If Hendrix had done the same, it would have been an absolutely impeccable shitshow, which we will sadly never get to see.

Oh, and we totally would have gotten a completely phoned-in duet album with Lady Gaga in the 2010s. We definitely got robbed of that, too.