If Negging Doesn’t Work, then Why Am I So Obsessed With My Cat? 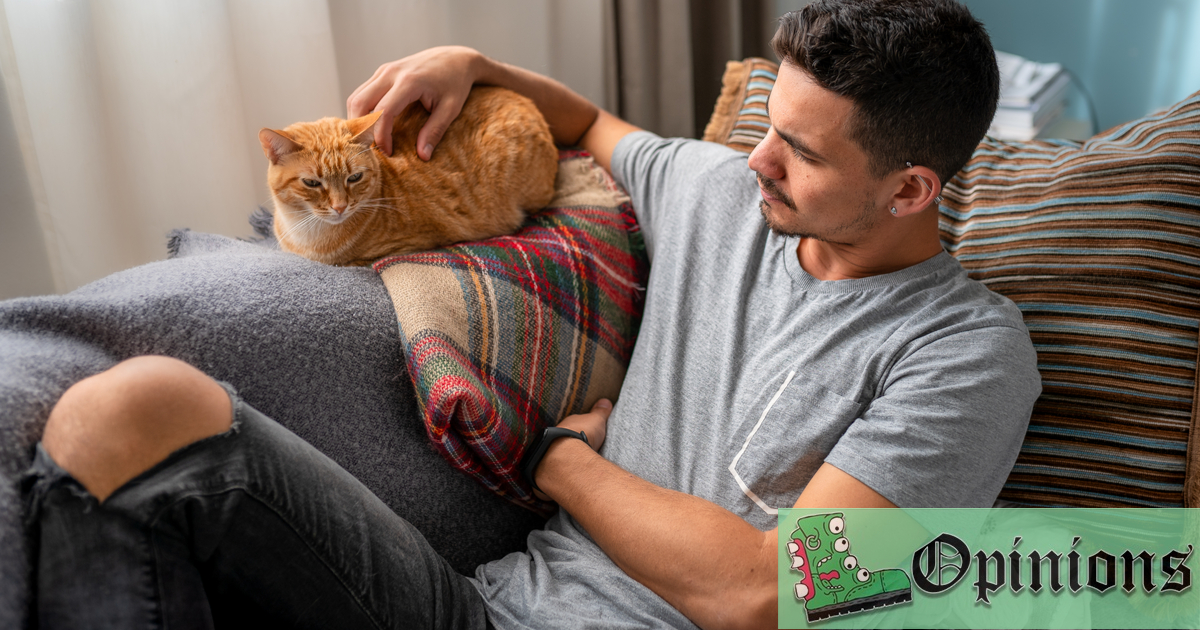 The past decade has not been kind to the pickup artist community. Ever since PUAs entered the mainstream, the media has described our methods as “manipulative,” “toxic,” and “sad.” Specifically, the foundational technique of negging, which is the act of insulting a potential partner to undermine their self-esteem, has been called into question in both its ethics and effectiveness. Well, to that I have but one question: if negging doesn’t work, then how the hell else did my cat get me so invested in garnering her approval?

If you don’t believe that demeaning a person causes them to seek validation, you’ve clearly never been aggressively approached by a stranger in a pork pie hat who pointed out that you have split ends. Or a fluffy ball of fur purring at your feet only to hiss when you bend over to pet it. If you want proof of the power of negging, look no further than my domestic partnership with my three-year-old tabby, Demetria. You’ll see just how much of a pathetic simp I’ve become.

It all began shortly after I brought her home from the shelter. As a devout student of the pickup arts, her methods were unmistakable. She instantly grabbed my attention by peacocking on top of the dresser, knocking over a number of potted plants in the process. Then the kino-ing started as she brushed against my legs just before burying her claws into my thigh. Recently, she acts like I don’t even exist. I’ve been determined to prove my value to her ever since. It’s simple biology. Trust the science.

At this point, I’d do anything to please her. She only gets top-of-the-line wet food, and I maxed out my credit card on a three-story cat tree that she barely touches. Did any of this elicit even the slightest bit of affection from her? No! And I love it. After lining her litter box with imported Tahitian white beach sand, she peed on a pile of freshly cleaned laundry. God, she’s incredible.

Demetria has taught me so much, and I can’t wait to try out some of her techniques. I know women love cats, so mentioning that I own one would be a great move if I ever get to that part of my routine. Thanks to the PUA tips I learned from my cat, pretty soon I’ll be so good at picking up women I’ll be making her jealous!