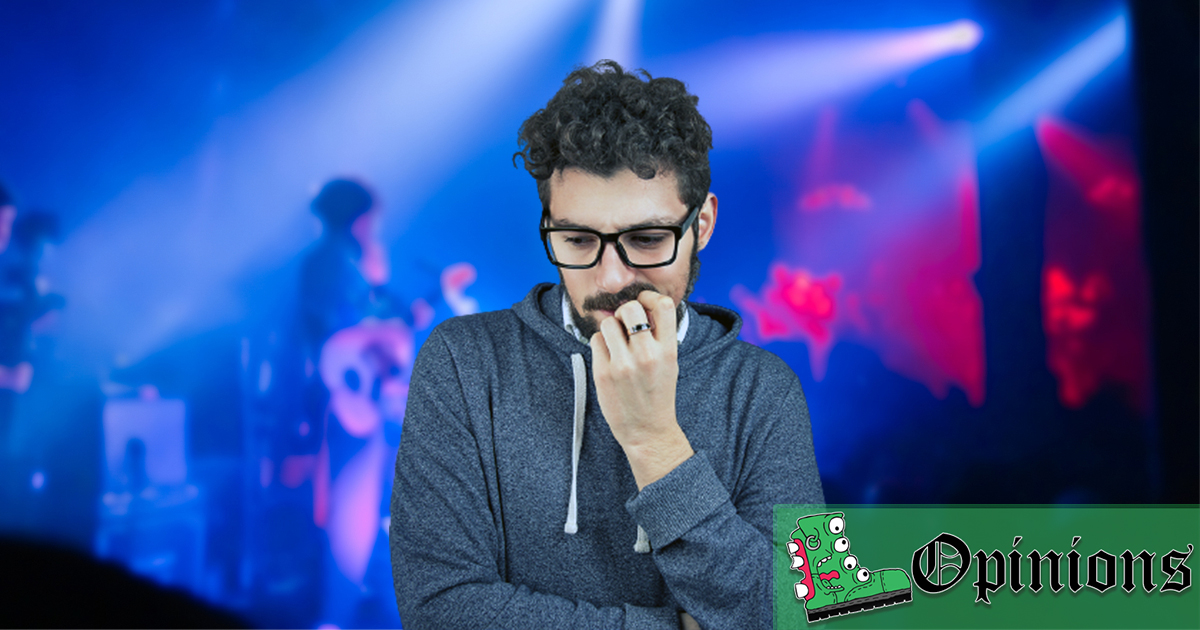 As vaccines against the Covid-19 virus begin distribution one can’t help but have a sense of optimism as the future approaches. Soon people who aren’t stupid and actually waited for this pandemic to end will be able to gather en masse and pack into venues to watch live music and I’m looking forward to that renewed normalcy. Normal meaning that I buy my ticket, go to the show and then bail less than half-way through because some irrational intrusive thought drives me to leave.

What a privilege it will be to avoid crowds for illogical reasons again. Instead of worrying about lung damage or potential death, I can instead go back to my old concerns; Imagined scenarios such as “what if Al-Qaeda decides to invade the scene and take hostages.” Or perhaps my old fear that I would slip on an ice cube, rip my pants, and shit myself in fear.

Hell, it doesn’t have to be anything fancy or elaborate. It will be nice to just be standing and line and suddenly have a good ole’ fashioned wave of “everybody hates me.”

Let me tell you though, as soon as this pandemic ends, oh boy am I ready to start making excuses to leave early again.

“I think I left the stove on.” It’s a classic line and I sell it really well because as soon as I even think about saying it I start compulsively thinking “Oh my God, did I?” Then I just sit back and let the pit in my stomach deepen until my chest felt tight. It doesn’t even matter if I cook before the show! Images of me accidentally brushing the stove and somehow igniting the flame without noticing flood my mind and it’s off I go, chastising myself with mental jabs of “You WOULD do something like that you fucking asshole” the whole way home!

Now I can always check if the stove is on because I never leave my house. I hate it.

Sometimes I don’t even have to lie though. When I say I miss my dogs that’s actually 100% true and I would totally love to be at home cuddling with Checkers and Dick. At least when they touch me it’s 100% consensual, unlike those weird dudes who touch your hips to move you out of the way as they move through the crowd. Come to think of it, maybe not all of my crowd anxieties are illogical.

Regardless, I’m ready to pay my $40, put on the T-shirt of my favorite band, and then only watch the opening bands play before the crowds get too big. I want that to be my choice though, not some stupid virus’s.