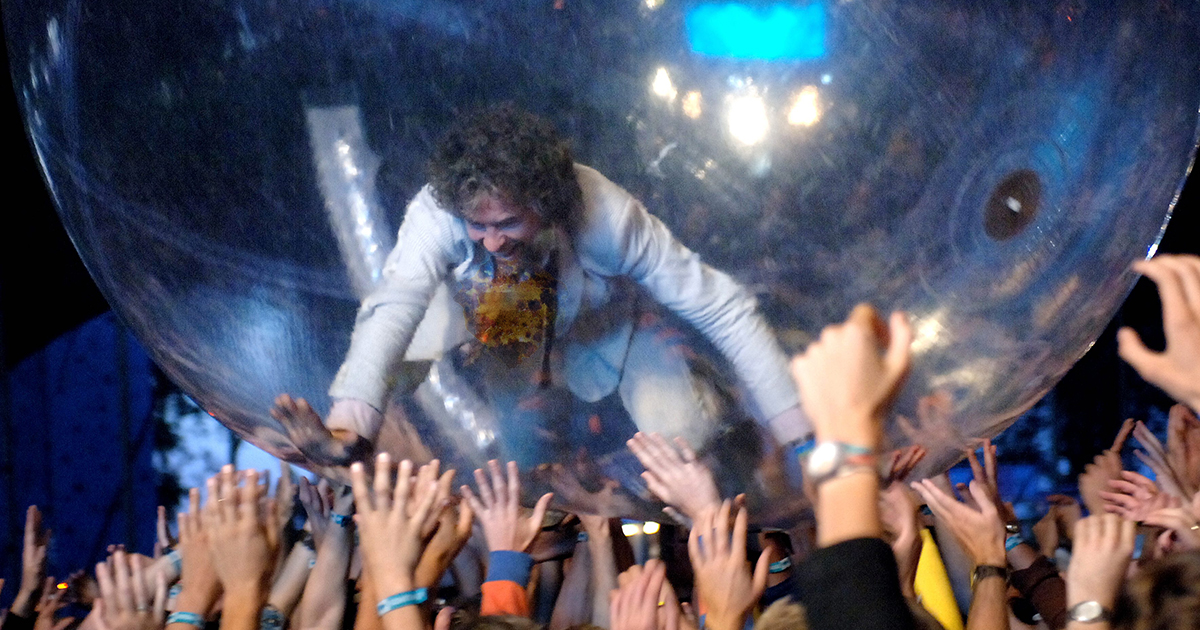 LOS ANGELES — Flaming Lips lead singer Wayne Coyne has severely weakened his immune system due to too much time spent inside his iconic plastic bubble, according to a medical report released yesterday.

“We all know germs can strengthen your immune system, but it cuts both ways,” said Coyne’s personal physician, Dr. Kimberly Contreras. “With hundreds of hours logged in the bubble, Mr. Coyne has rarely, if ever, been exposed to the putrid, germ-infested cesspool that is the average music festival crowd — thus, destroying his immunity to sickness and disease.”

For nearly three decades, Coyne’s plastic bubble has been an integral part of the Lips’ stage show, allowing the singer to walk atop his audiences without ever having to touch them.

“He’s tried to make the best of [being trapped in a plastic hamster ball for the rest of his life], but the show just isn’t the same,” said Flaming Lips fan Emily Nanger. “At one point, a gust of wind caught the balloon, and he got stuck on top of the rafters of the stage. It was pretty funny when people threw shit at him to dislodge him, but also really sad — he was up there for a few hours before some roadies shook him free.”

Philanthropist and U2 lead singer Bono has pledged to help raise awareness about Coyne’s condition.

“I myself was once trapped inside a gigantic lemon, so naturally, I wanted to help,” said Bono. “I tried to raise money with a ‘We Are the World’-style single. But Wayne insisted the song be released on 12 different CDs that need to be played simultaneously. Needless to say, it didn’t earn dick shit.”

“We plan to lock him in a room for three days with a sweat-drenched and shirtless Action Bronson,” said Contreras. “This may very well save Mr. Coyne’s life. Or kill him. Either way, it will be on Viceland this Spring.”