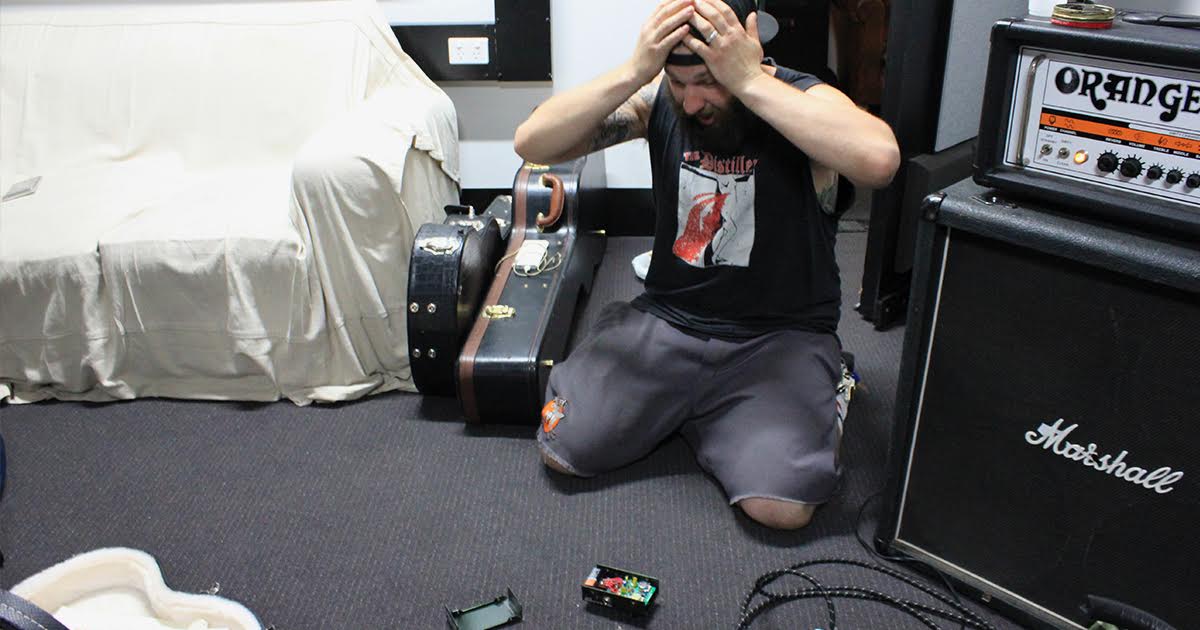 Toby Coleman, guitarist and owner of the wah-wah pedal, made the gruesome discovery while performing a routine equipment check.

“Nothing seemed out of the ordinary at first. We got to the space and cracked some jokes like normal, but when I plugged in my gear, something seemed off,” recalled Coleman, holding a cup of coffee in his shaking hands. “I tried firing up the wah, and when it wasn’t responsive, I started to panic. I popped it open… and found the battery just lying there, cold and lifeless.”

The deceased battery, an off-brand Dura-gizer 9-volt alkaline, was visibly damaged and beyond resuscitation, according to bassist Jeffrey Lund.

“It was totally gunked up with, like, corrosion and shit. Toby tried to scrape off a bunch of crap, just to separate it from the wire thingy, to see if maybe that would help,” Lund said. “When you see something like this, you just hope it wasn’t an act of malice — that maybe it was an accident. Toby did spill a beer on the pedal last week. Maybe that’s why it shit the bed.”

Witnesses confirmed Coleman checked for any signs of life left in the battery, pressing it to his tongue before pronouncing it “dead as fuck.”

However, not all band members were distraught at the battery’s passing.

“I’m glad it’s gone. That battery just enabled Toby to try to use his wah-wah in every fucking song,” said one band member, speaking on the condition of anonymity. “This is Necro Echo, not fucking Van Halen… or whatever band Joe Satriani is in.”

The battery, the last remaining of 12 identical twins, left no survivors and no will.

At press time, the band resumed their rehearsal after pulling a working 9-volt battery from the only functioning smoke detector in the 120-unit practice space.