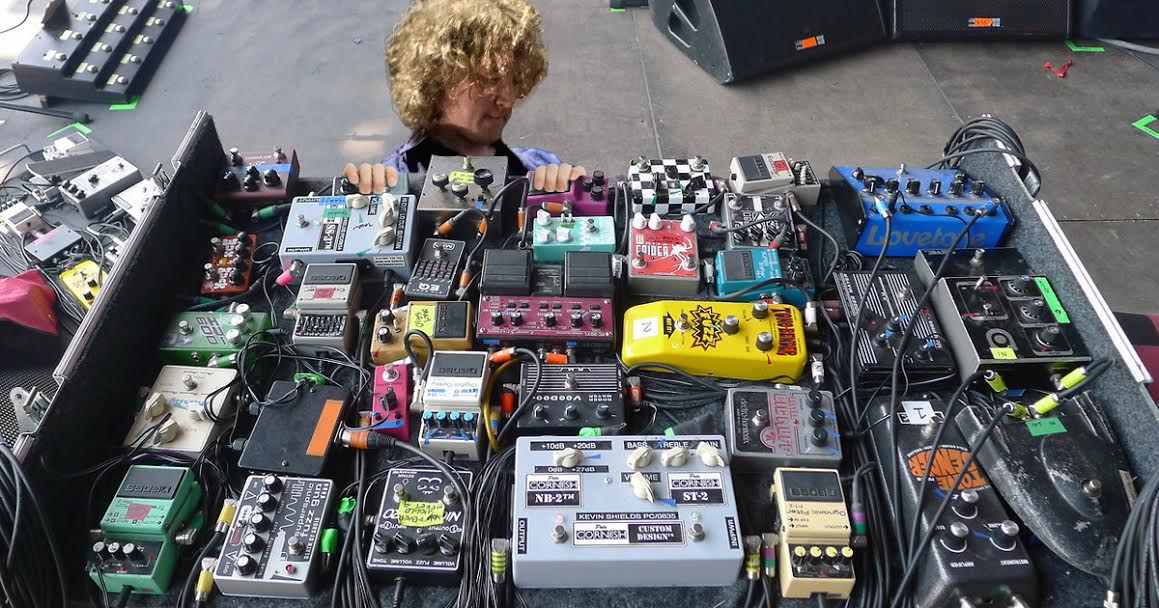 DUBLIN — Kevin Shields, lead guitarist and frontman for shoegaze band My Bloody Valentine, is in stable but critical condition this morning after being trapped under his live pedal setup for 127 straight hours, according to rescue workers.

Shields reportedly went to tear down his famed pedal setup for an upcoming international tour, despite planning to play only early material that would not require it.

“I wanted to carry them along in case I needed them,” said Shields of his 72-unit rack system. “My foot caught on something and I went falling. When I saw the pedal board coming down on me, I figured it was all over. I could’ve died. But the human spirit is a powerful thing. I’m lucky to be alive today.”

While the rest of the band made preparations for the tour, Shields sustained himself with scraps of food and used cigarette butts left on the floor. “I even fashioned a lasso out of some bass strings I stuck on the side of the racks,” said Shields. “That’s how I got into the fridge. But all we had was beer and San Pellegrino. So I was forced to drink nothing but beer for whatever hours I was conscious to maintain calorie intake.”

Shields claimed he spent the hours of tribulation and terror contemplating the future of the band.

“When you make droning and atmospheric music for a living, you tend to have a lot of patience. I was half-concentrated on getting out from under my racks, and half-concerned my band would want to start modeling my effects,” said Shields. “I knew for sure at least one of those was definitely not going to happen.”

According to medical records, Shields was found clinging to consciousness by My Bloody Valentine bassist Debbie Googe.

“He used a spare guitar string to cut off his right arm. The place was a fucking bloodbath,” said Googe. “The worst part is if we hadn’t stopped to pick up cigarettes, we would’ve found him after he cut through all his tendons.”

When reached for further comment, Shields was adamant about his choice survival tactic.

“I’d rather lose my arm than remove the wrong cables and spend the next two months fixing my rack,” said Shields. “This just seemed like the easier choice.”