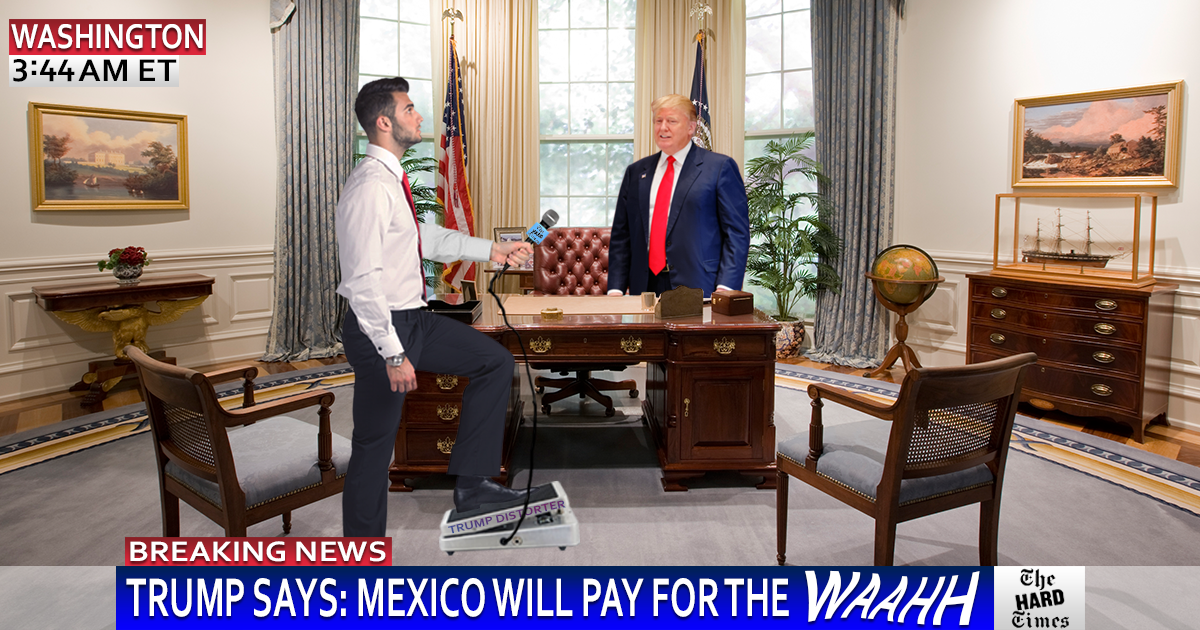 “This sort of egregious, partisan bias from the mainstream media is entirely unacceptable,” said Counselor to the President Kellyanne Conway. “It is nothing short of criminally deceiving when the commander-in-chief clearly says, ‘Science is made-up and numbers aren’t real,’ and all the American public hears is that exact statement, but, thanks to the illegitimate press, with an extremely fuzzy overdrive laid on top of it.”

Trump later took to Twitter to clarify his statements and condemn the media’s rampant use of dope reverb.

“Another classic example of the FAKE NEWS media distorting me, even though I have the best voice,” Trump tweeted. “No effects needed, totally powerful. Strong!”

To combat any further distortion, the Trump administration reportedly enlisted the services of top fact-checking agencies around the globe. However, consensus was that, while Trump’s comments had indeed been distorted, the wah-wah pedal was “hands down, the fucking choicest.”

The effects pedal in question, a Dunlop MXR T4500, was utilized by major news networks across the political spectrum, including CNBC, CNN, and FOX News.

“The envelope and tone on this bad boy is pretty bonkers,” said Nicolle Wallace, chief political correspondent for MSNBC. “And it’s got this tight-ass blend knob that lets you mix the wet signal with the original dry. It’s perfect for basement jam seshs and State of the Union addresses.”

At press time, Univision announced they recently purchased a “kick-ass new filter,” which executives hope will be compatible enough to plug directly into President Trump’s mouth.