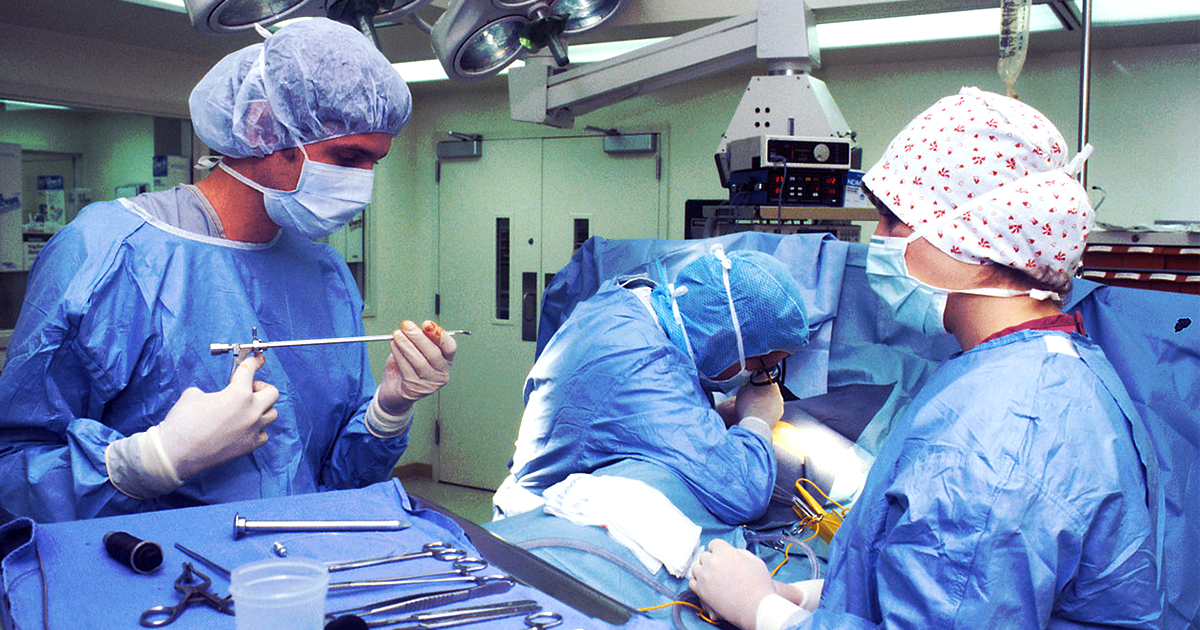 CLEVELAND — Doctors at the Cleveland Clinic successfully performed a high-risk, experimental procedure on Thursday, surgically removing the song “Ride” by Twenty One Pilots from a man’s brain.

The dangerous resection is believed to be the first of its kind, and offers hope to all suffering from Musical Imagery Repetition Syndrome [MIRS].

“I think I heard the song once on the PA system at an Arby’s, and I couldn’t stop humming it. I’ll just be sitting there, and all of a sudden, I’ll start going, ‘Ow-ye-ow-ey-ohhh, Ow-ye-ow-ey-ohhh, I’m falling,’” said patient Greg Cane before the risky procedure. “It cost me my marriage, my job, and my sanity. I tried everything to get it out of my head. I thought maybe I could bump it out of my head with a different terrible song, but nothing worked. At my lowest point I listened to ‘Barbie Girl’ by Aqua for two days straight.”

Cane, a Vancouver resident, flew into the U.S. for the risky operation when local physicians and traditional medicine proved ineffective. An MRI showed the song, which has almost 500 million plays on Spotify and reached the top of Billboard’s Mainstream Top 40 chart, was acting like a cancer, spreading throughout Cane’s brain and eating any healthy tissue in its path.

“We isolated the problem to one specific area of the brain near the medial temporal lobe,” said world-renowned neurosurgeon Aarav Gupta. “Our plan was to go in through the back of the skull and remove that specific piece of brain—hopefully without harming anything else. We’re thrilled it worked.”

The list of potential dangers for the surgery was quite extensive, including, but not limited to: loss of motor function, face blindness, color blindness, regular blindness, loss of bowel control, epilepsy, amnesia, synesthesia, an unusual urge to gamble, heart paralysis, gynecomastia, death, and chronic dry-mouth.

“To be honest, I don’t care what the side effects are,” said Cane before undergoing anesthetic. “I would rather die than have this song stuck in my head another day. Hell, I’d have jammed a pen in my ear and rooted around in my brain myself if I knew it would get the job done.”

A post-operative report showed that Cane is essentially brain-dead but happier than he has been in months.