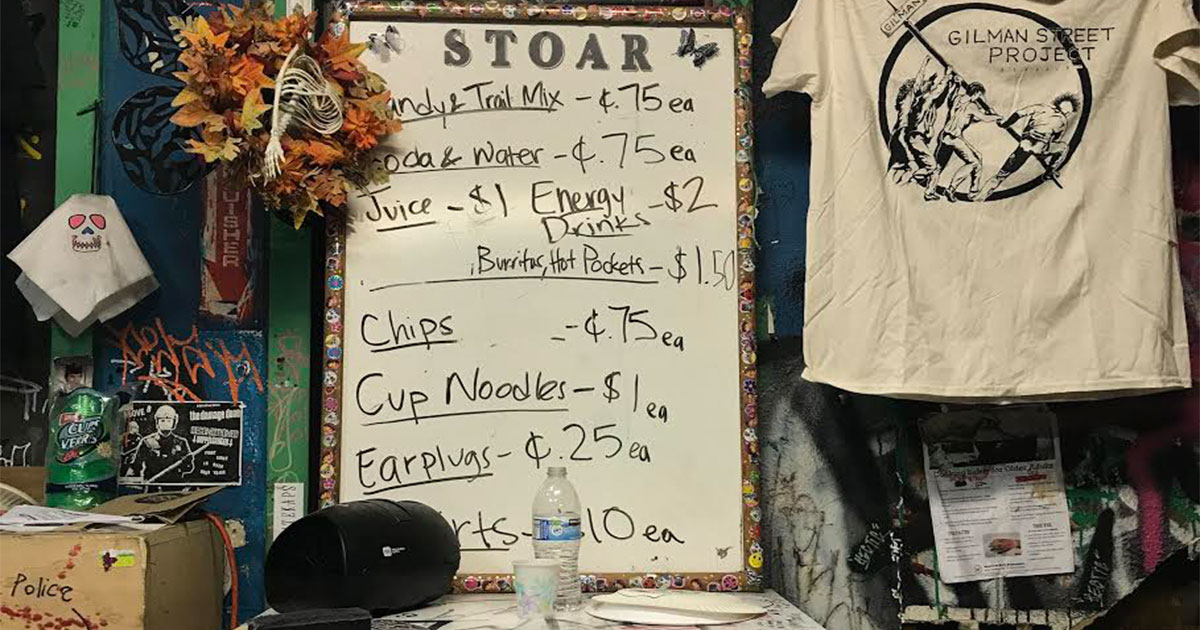 “I mean, yeah — I’ll take a bag of chips for 75 cents,” Dylan Baker, drummer of The Turd Gurglers and Gilman customer, said. “I’m a little confused how they can afford to sell them at that price, but I’ll take it.”

Despite many pleased customers, Gilman has sustained heavy criticism for their business practices.

“I will be boycotting Gilman until they pay the workers who produced this insanely low-cost food a living wage,” said Elizabeth Stephens, who has boycotted the club 21 different times during her 14-month stay in the Bay Area. “Enough is enough.”

Gilman has been accused of forcing wholesalers to reduce their quality of goods, and the living conditions of the workers who produce those goods, in exchange for highly sought-after shelf space in its flagship Stoar.

“Their entire staffing operation is problematic: they rely on so-called volunteers to run the space. All of them should be paid a living wage of at least three Operation Ivy patches per show,” said Jackie McInnes, who has spent the last six years living in New York. “These prices are inhuman. Until those fat cats stop hoarding profits, I will not be going back.”

When asked about price-matching with the longest standing U.S. punk club, Walmart spokesperson Alex Schmidt said the company intends to “take Gilman head-on,” but worried the chain would simply be unable to accept the human cost related to Gilman Stoar prices.

“As much as I wish we could match [these prices], Walmart just cannot compete unless our vendors decided to donate all their goods,” Schmidt said. “And I will also be boycotting 924 Gilman Street until my concerns are given serious room for debate at the next volunteer meeting.”

Find the best deals on Hard Times shirts in our online store: