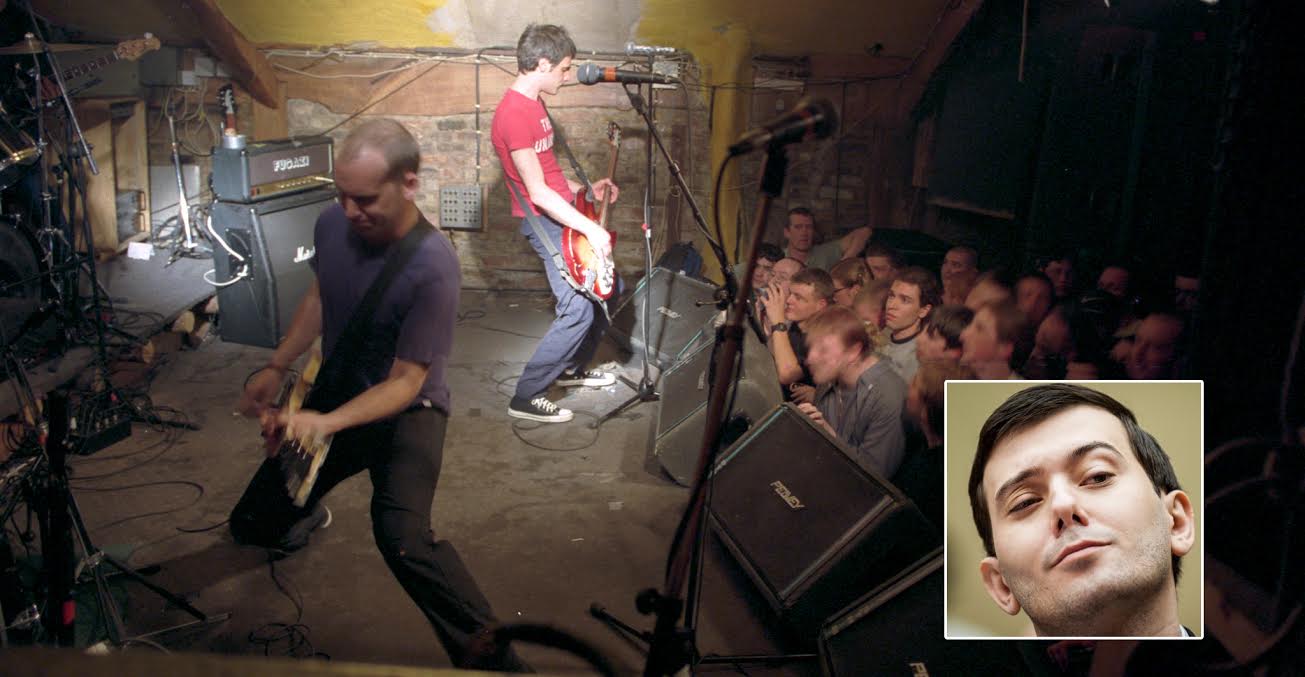 “This is criminal!” claimed protestor Sheila Phelps, stationed outside the headquarters of Dischord Records. “No one should have to choose between seeing Fugazi or buying a decent burrito!”

Shkreli, the universally disliked CEO of Turing Pharmaceuticals, took a break from live streaming himself burning ants with a magnifying glass to address his practices.

“Fugazi is worth so much more than $9,” he said from his courtyard, momentarily interrupting a game of chess played on an oversized board with human beings for pieces. “People don’t understand how art works. I’m practically giving them away!”

Longtime supporters of Fugazi admitted the purchase was not only infuriating but also confusing.

“How could a person do this?!” cried distraught fan Brison Redman. “No, like… really. How? Didn’t they break up? And it’s not like they were for sale or anything. How do you buy a band of human beings?”

While none of the four members of Fugazi could be directly reached, a new Twitter account with the handle @REALFugazi did appear early this morning.

“Hey guys, this is Fugazi, yes it’s really us, we are not being held against our will, come see us rock! #WuTang,” proclaimed the first tweet. A follow-up tweet added, “Also we have merch now, tons of merch!”

Shkreli denied that the price hike was unfair to fans.

“I’m working closely with promoters to make sure any fans in need can still get Fugazi. Access to Fugazi will soon be greater than ever!” he declared, dining on an assortment of sushi and fresh tiger milk served on a young boy.

When asked a follow-up question, Shkreli insisted he was out of time and shouted to a servant, “Bring me another puppy to wipe my face! Don’t tell me we’re out of puppies. I know you and the others hide them!”