Undateable, Pathetic Loser Only Looking to Buy One Ticket to Riot Fest 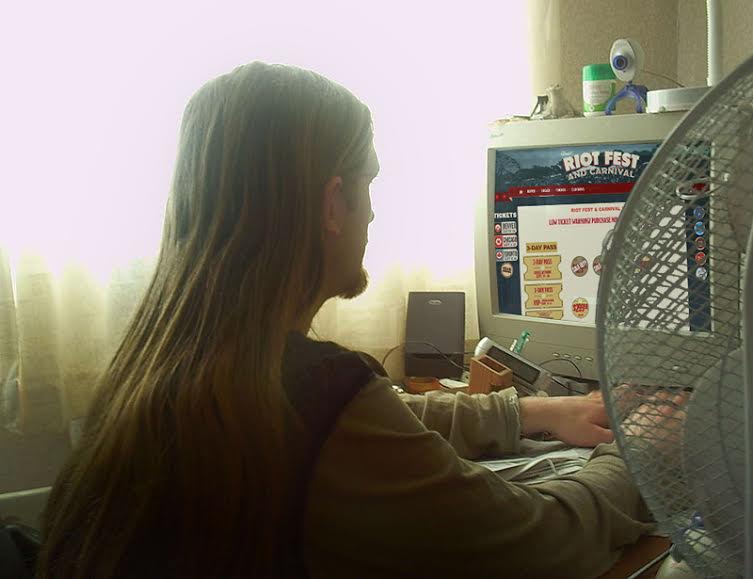 CHICAGO – Local man Skip Klinger, described by acquaintances as a undateable, pathetic loser, is reportedly in need of only one ticket to Riot Fest in Chicago next month.

“I actually prefer going to the these types of things alone,” said Klinger as he hastily devoured his third piece of garlic beef jerky. “Sure, I could go with friends. I have friends. Lots of friends. I’ve got Kevin, Sami, Bryan, Cesaro, etc. But I don’t want to bicker back and forth about what bands to see. I just want to do my own thing.”

Klinger has a long history of going out alone. Acquaintances of Klinger believe it is due to his grating personality and poor taste in music (ska). Jerry Arnold, a former roommate of Klinger, shared his experience living with the 28-year-old teenager.

“He was always talking about what the Aquabats were up to and then saying ‘NXT, the future is now’ like I’m supposed to know what the fuck that means,” Arnold said from his new apartment, which he has kept secret from Klinger. “Then, to make matters worse, he would write this hyper-sexualized Star Trek fan fiction and try to force it on me and my girlfriend. Like, we want to support his writing but it’s really graphic and makes us uncomfortable, you know?”

Next door neighbor Cindy Dodd, is considered by Klinger to be a dear and personal friend, “Oh god is he around? He’s not around is he?” Dodd said from her darkened bedroom, “He always comes over uninvited, sits on my couch and puts his stupid checkered slip-ons on my coffee table. I am too nice to just to kick him out, but the worst part is he always asks the stupidest fucking questions. He asked me if I wanted to start a podcast where we analyze each episode of The Facts of Life, called The Facts About The Facts of Life. I said maybe just so he would leave.”

Related: Man With No Money, Venue, Contacts, or Motivation Feels He Could Make a Better Riot Fest Lineup

Dodd struggled to remember a time she ever saw Klinger with a companion. “There was a guy that came to his place every Monday night for awhile but I don’t think they were friends. It may have just been a delivery guy,” said Dodd.

When asked to respond to Dodd’s comments Klinger replied, “That’s just like her. She is hilarious. In fact, all my friends are like that. Because I have friends. I have a whole stable of friends. I even have a girlfriend. Actually, I have two girlfriends. Both super hot, way hotter than her,” said Klinger while wiping the pizza grease from his lips with his bare forearm.

Photo by Nard the Bard.